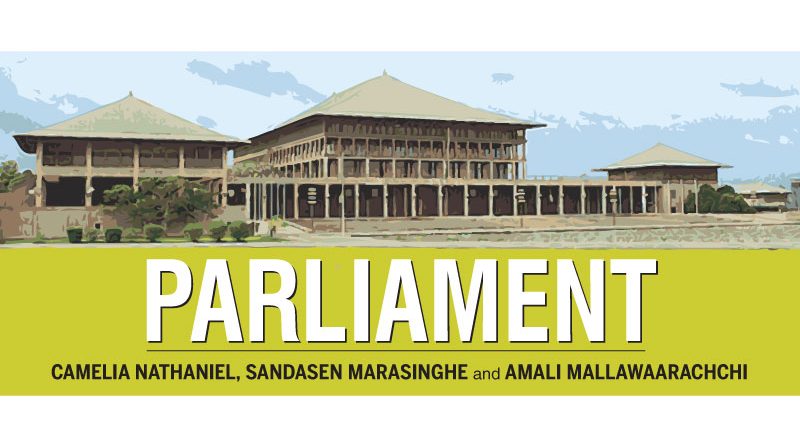 Tourism Minister Prasanna Ranatunga said that the Government will issue loans at 4 per cent interest to pay salaries of employees of tourist hotels, destination management companies and travel agents.

The Minister said that the benefit could be availed by those who had registered with the Sri Lanka Tourism Development Authority as at March, 2019.

Responding to a question by Opposition Leader Sajith Premadasa in Parliament yesterday on the situation in the tourism industry, the Minister said that there were several reasons for the massive setback of the tourism.

“The first is the Easter Sunday terrorist attack, which occurred due to the gross negligence of the previous government. The other main reason is the restrictions imposed on tourism throughout the world following the COVID-19 pandemic. We implemented several initiatives to safeguard those in the tourism industry,” he said.

He said that although the opposition claims their government granted sweeping concessions to those in the tourism industry who were hit by the Easter attacks, in reality, whenever we have sat down with industry representatives, they all say the same thing as soon as discussions begin. They say that though the then government promised many concessions, they received none. “They keep appealing to us not to act like the previous government and to follow through on promises to aid them.”

The Minister said that a Cabinet memorandum submitted regarding granting of concessions to the tourism industry following the COVID-19 pandemic was approved on June 10, 2019. As per this memorandum, the following proposals were approved:

A loan would be granted by state banks based on EPF/ETF records and has a grace period of two years and should be paid off in five years. The Cabinet has also approved a proposal to grant a loan facility to pay up to Rs 15, 000 each per month for six months to employees of restaurants, tourist friendly dining establishments, fitness centres, aquatic centres and spas and other establishments registered under the SLTDA, the Minister said. “The Cabinet has also approved a proposal to allow registered tourist hotels to settle their water and electricity bills for March 1, 2020 to Aug 31 in 12 installments from Sept 1.

Education Minister Professor G.L. Peiris said that the Government is committed to uplifting the standards of schools to improve the quality of education.

He said that the Government is aware that there are many shortcomings at the plantation schools.

He said that to rectify these shortcomings, it is necessary to recruit teachers to fill the vacancies.

“However, it is simply not enough to recruit teachers, they should be given a proper training and prepare them, so that the students can benefit.

One of the biggest issues we have today in our schooling system is the huge disparity.

There is a big rush to admit students to popular schools.

This is the result of some schools having better facilities than others.

There are some steps that we need to overcome these disparities,” he said.

Most of the projects that were initiated during the Good Governance Government were planned and designed during the previous Mahinda Rajapaksa Government including the Ambatale pumping station to pump water out during the high rainfall, Urban Development, Coast Conservation, Waste Disposal and Community Cleanliness State Minister Nalaka Godahewa yesterday said.

He was responding to a query by Samagi Jana Balawegaya (SJB) Parliamentarian S. M. Marikkar stating that the construction of the Ambatale Pump Station was commenced during the Good Governance Government ton his request. He queried if such pump stations were planned to be constructed in Kaduwela and Seethawaka. He added members of this Government attempted to say that the Aruwakkalu Project was also planned during the Mahinda Rajapaksa’s Government.

State Minister Nalaka Godahewa said that it was planned during the Mahinda Rajapaksa Government, while two other pump stations were planned. He said that floods occur not only in rain but in increase of the water level in the Kelani River with the heavy rainfall to the upcountry. He said that, therefore, projects will be set up to prevent flooding of 10 rivers under the Climate Resilience Improvement Project and the Kelani River too will be covered with the same project. He said that it was planned and designed in 2014 under the Mahinda Rajapaksa Government when President Gotabaya Rajapaksa was the Defence Secretary.

State Minister Godahewa said that he went to see the Aruwakkalu project. He added that during the Mahinda Rajapaksa Government, it was planned to set up in Aruwakkalu but was shifted to some other place by the successive governments wasting Rs. 24 billion.

Prof. Charitha Herath has been appointed the Chairman of Committee on Public Enterprises (COPE).

The COPE of new Parliament met for the first time yesterday at the committee room section in the Parliamentary complex. Prof. Herath’s name was proposed to chair the Committee by Agriculture Minister Mahindananda Aluthgamage and was seconded by State Minister Jayantha Samaraweera.

National Congress Leader MP A.L.M. Athaullah was informed to leave the Chamber yesterday because other MPs protested against since he came to the House wearing an Afghan Pashtun vest over his dress.

Soon after the protest by the Samagi Jana Balawegaya (SJB) MPs over the presenting of the 20th Amendment to the House, MP Athaullah arrived in the Chamber.

Raising a Point of Order, Colombo District SJB MP S.M. Marikkar said that there is a dress code for MPs, but Athaullah came in wearing a dress that does not comply with the formal dress code, and the latter should be removed from the Chamber.

Kurunegala District SJB MP Nalin Bandara said that there was nothing racial or personal about the member, but the MPs should come to the House in proper dresses.

MP Athaullah could be seen buttoning up the vest, which was a part of the dress. Initially, he had only the top button of his vest fastened and the rest were left unfastened, when the Opposition MPs started to protest.

MP Bandara said that there are Standing Orders about the Dress Code of MPs, and those orders did not permit the dress of MP Athaullah.

The Government will formulate a fisheries policy in the near future, Fisheries Minister Douglas Devananda said.

He was responding to a question by MP Charles Nirmalanathan in the oral answers round. Minister Devananda said that the matter will be discussed with the stakeholders and formulate the policy and have it presented to Parliament. He said that this policy will address many of the issues faced by the fisheries sector and the Government will provide sustainable solutions to them. He said that around 45,000 persons are in the fishing industry from the Northern Province including the Mannar, Killinochchi, Mulaithivu and Jaffna Districts and it sustains around 200,000 families. The Minister said that Indian fishing vessels sailing into Sri Lankan territorial waters greatly affect the local fishermen, and they find it difficult to fishing. He assured that the Government will take measures to implement a proper mechanism to prevent the Indian fishing vessels from illegally entering Sri Lankan waters.

Forty three regulations taken up for debate in Parliament

Commencing the debate, Trade Minister Bandula Gunawardena said that the farmer has been ensured a safer market under the Government of President Gotabaya Rajapaksa. He said that these ordinances protect the local farmer where necessary and the consumer when required.

He said that while required raw materials would be permitted to be imported, unrestricted import has been curtailed to protect the local industry.

The previous Good Governance Government had constructed only 4,000 houses under the Udagammana Programme during their tenure whereas the Government has almost completed 6,000 houses, Rural Housing and Construction and Building Material Industries State Minister Indika Anuruddha Herath yesterday said.

He added that the previous Government’s Housing Ministry had spent much on Propaganda than building houses. He was responding to a query by Samagi Jana Balawegaya (SJB) member Welu Kumar in Parliament.

Raising a Point of Order in the midst of the commotion in Parliament yesterday, Samagi Jana Balawegaya (SJB) MP Kabir Hashim said that out of the past 25 years the majority of around 20 years the country was ruled by the United People’s Freedom Alliance (UPFA) faction.

“Today, two major forces represented in Parliament. One faction is those who ruled the country for 20 years and the other the United National Party (UNP) who ruled the country five years. If you take these two major factions, it is the same UPFA or the SLPP faction that has had the majority rule. I am surprised that this same faction comes here and claims that the country is faced with major financial and economic crises; the agricultural sector has collapsed, and the domestic production has crashed. Should not those who ruled the country for 20 years take the blame for it?” he asked. Referring to MP Shehan Semasinghe’s statement that taxes were reduced under his Government. MP Hashim said, “Yes the VAT was reduced to 47 per cent, but were you able to reduce the price of a single item? To whose pocket did the savings from the tax reduction go? The country was deprived of the tax benefit, but none of the commodities such as sugar, dhal, rice or salmon was reduced by even a cent.