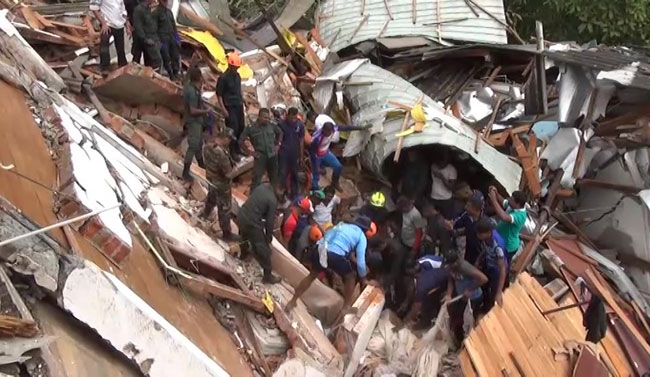 The bodies of parents of the infant child, which was trapped under the debris of the building collapsed on the hotel in Buwelikada, Kandy had been recovered, an official said.

The building, which is said to be a recently renovated old building on a hill collapsed onto an adjacent hotel at around 4.30 a.m.

It is believed that the renovated building collapsed due to the torrential rains during the past few days.

The deceased couple had been identified as Chamila Prasad, who is said to have been running the ill-fated hotel and Achala Ekanayake, who is a lawyer and a lecturer at the Uva Wellassa University.