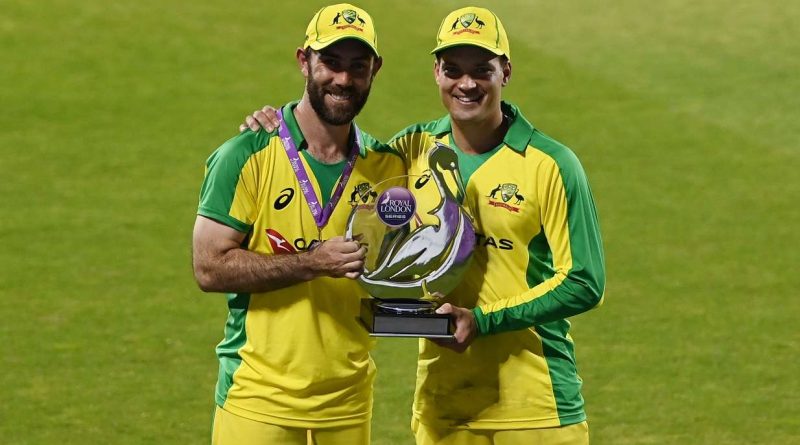 Scores: Australia 305 for 7 (Maxwell 108, Carey 106) beat England 302 for 7 (Bairstow 112, Billings 57, Woakes 53*) by three wickets   Superb centuries from Alex Carey and Glenn Maxwell inspired Australia to a dramatic three-wicket victory over England on Wednesday as the touring side clinched the one-day international series 2-1. The pair put on 212 runs for the sixth wicket after Australia had slumped to 73-5 chasing a stiff target of 303 runs in the final game of the series. Jonny Bairstow scored 112 as England recovered from losing their first two wickets to the opening two balls of the game to score 302 for seven in their 50 overs after winning the toss. Australia lost their first five wickets cheaply but fought back brilliantly to win with two balls to spare against the world champions and inflict their first home one-day series defeat for five years. England got off to the worst possible start as Jason Roy drove a thick outside edge to backward point and Joe Root was trapped lbw by Mitchell Starc off the first two balls of the innings. Bairstow set about engineering a recovery, however, and England quickly pushed the run rate above six an over. A 114-run partnership for the fifth wicket between Bairstow and Sam Billings (54) provided the backbone of the innings and Chris Woakes also contributed a rapid half century to take England past the 300-run mark. Woakes then took the first two wickets of the Australia innings before Root, with his part-time off spin, nicked out David Warner and Mitchell Marsh cheaply to remove the tourists top order. When Marnus Labuschagne was run out in the 17th over, Australia were reeling on 73-5. Carey and Maxwell fought back, however, dragging Australia right back into the match with lusty hitting and leaving them needing 21 runs off the last 18 balls for victory. They looked like throwing a winning position away when Maxwell top-edged spinner Adil Rashid and was caught by Tom Curran for 108 off 90 balls and 10 balls later Carey was caught by Mark Wood at third man off Jofra Archer for 106. Australia needed 10 runs off the final over which England captain Eoin Morgan bravely entrusted to Rashid. Starc smacked a six off his first ball and hit another boundary to win the game, bringing a crowded summer of international cricket to an exciting conclusion. England had a busy three-month window into which they crammed six tests and 12 limited-overs internationals all played behind closed doors in a bio-secure bubble because of the COVID-19 pandemic.