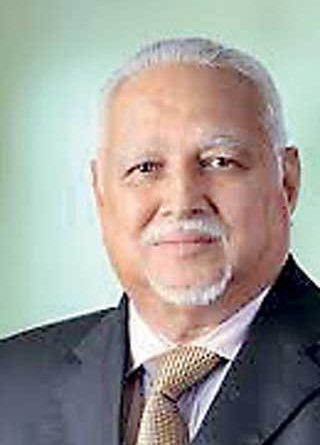 By Nishel Fernando
Harry Jayawardena-controlled Lanka Milk Foods (CWE) PLC (LMF) is planning to increase milk production from next year onwards with the completion of the construction of its Rs.3 billion dairy farm by end of first quarter next year, which can accommodate 2000 milch cows while doubling its yogurt production capacity.

The new dairy farm is set to come into operation under United Dairies Lanka (Pvt) Ltd. (UDL), a subsidiary established in 2018 with the focus of increasing the dairy production in LMF dairy farms with ultra-modern facilities for cattle and dairy production.

“The new project to double the milk production is envisaged to be completed by end of 1Q 2021. The new project will be consisting of 4 large cow sheds (which can accommodate 500 cows each), 2 most modern milking parlours and an environment-friendly world class slurry management system,” LMF Group Executive Director, C. R. Jansz told the company’s shareholders in its latest annual report.

Jayawardena, who is the Executive Chairman of LMF Group, highlighted the arrangements underway to equip the new farm with the best breeds of animals to produce high quality milk with an aim to achieve national self-sufficiency in milk production.

LMF Group has provided two corporate guarantees to UDL to borrow Rs.3.9 billion from Commercial Bank and Hatton National Bank. For 2020, LMF Group approved and contracted capital commitments worth Rs 2.93 billion.
During the financial year 2019/2020, the LMF group was able to increase its total milk production to 8.3 million litres compared to 7.3 litres the previous year through its three dairy farms in Ambewela and Pattipola. However, national milk production recorded a decline in 2019.

“While the total national milk production recorded a decline in 2019, primarily due to the domestic outbreak of foot and mouth disease that occurred during the second half of the year, I take great pride in reporting that our farms recorded an increase of 13.2 percent in milk production.

By adhering to strict protocols and restricting visitors to our farms, we successfully avoided contamination in our farms,” Jayawardena said.

Currently, only 40 percent of the country’s demand is met by fresh milk, with the remaining demand addressed by powdered milk imports at a cost of US$ 293.5 million per annum. “The continued transition from powdered milk to liquid milk is a favourable development in this regard, and Lanka Milk Foods is uniquely positioned to capture this emerging market,” he added.

However, MLF Group stressed it’s crucial to address the remaining bottlenecks in the domestic production processes while encouraging small scale milk processing in order for the country to become self-sufficient in milk production.

“Our three dairy farms are made up of Ambewela Dairy Farm, Pattipola Dairy Farm and Ambewela Product Dairy Farm, and are collectively home to more than 3, 000 cattle. The European breeds of black and white Friesians and brown and white Ayrshires at these farms generate an average of 26 litres of milk per cow per day, which is by far the highest average milk production per cow in Sri Lanka,” Jayawardena said.

Meanwhile, he announced that MLF Group would soon double its current yoghurt production capacity to 8 million cups of yoghurt with its Rs.300 million new yoghurt plant at Ambewela nearing completion.

LMF Group is well known for its flagship milk powder brand Lakspray as well as fresh milk and dairy product sold under Ambewela and Daily brands.