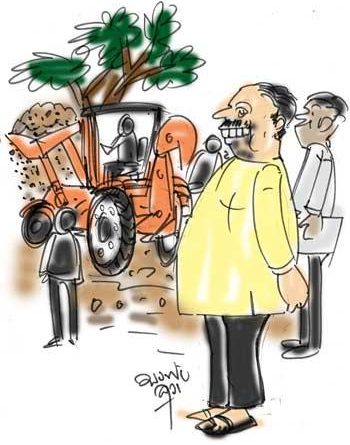 A local politico known to be a buddy of a very high political authority, had reportedly cleared the vegetation of a state-owned 10-acre block of land immediately after the general polls.

He had used the heavy machinery belonging to the local body and engaged its workers to carry out the land-clearance work.

The high political authority is said to be well aware of the illegal activity of the local politico but is turning a blind eye to it.

“If they so brashly resort to wrong-doings as soon as they get power and influence, how they would behave in the long run is quite obvious,” the people in the area say.