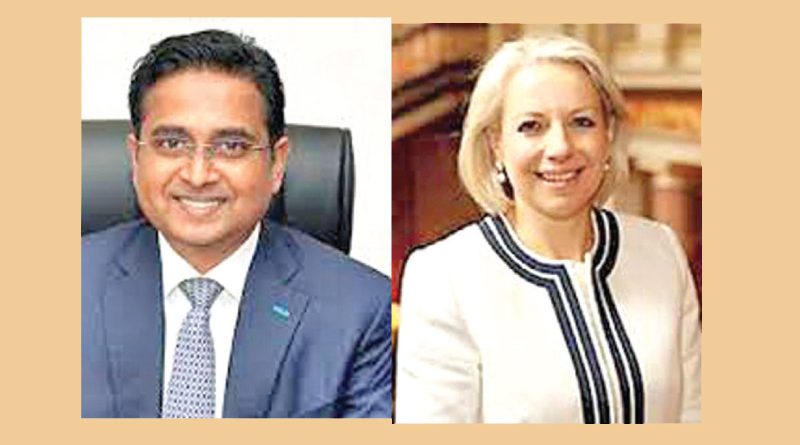 The objective of this meeting was to brief the High Commissioner regarding the current investment promotion initiatives programmes conducted by the BOI and to request for the assistance of the British High Commission in Colombo to target potential British companies in the selected target sectors, already identified by the BOI.

The High Commissioner and the team at the British High Commission agreed to assist the BOI via the respective British Chambers of Commerce and other counterpart organizations.

During the meeting arrangements for a proposed virtual Sri Lanka forum to be held was discussed. This forum will be a good event initially to encourage potential British investors to invest in Sri Lanka. The forum will also be a follow up to the road show organized by the Sri Lanka High Commission in UK at London Stock Exchange (LSE) in close collaboration with the BOI in October 2019.

The DG BOI also informed that the BOI’s happy to make arrangements to organize a facilitation forum for the existing British investors to discuss their pending matters and issues and encourage them to expand their operations and re-invest in Sri Lanka.