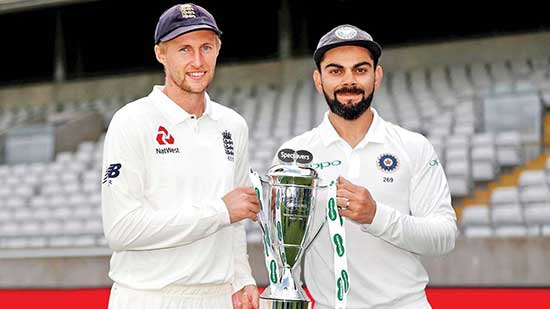 Their bid to host this year’s Indian Premier League tournament may have failed but Sri Lanka Cricket has indicated to the Board of Control for Cricket in India their willingness to host the England versus India Test matches in Sri Lanka next year, if the neccesity arises, informed sources told The Island.

England are scheduled to tour India next year for five Test matches but with the host nation struggling with the COVID-19 pandemic, there are doubts about when India will be able to resume cricket.

According to John Hopkins University in the US there have been over two million confirmed cases of COVID-19 in India which is third highest in the world after USA and Brazil.

England were scheduled to tour India for a limited overs series in September but that has been postponed now. BCCI were also forced to postpone several other cricket series with the IPL being shifted to Dubai.

England are scheduled to tour Sri Lanka in early January next year to conclude their postponed series in March this year. England had spent two weeks in Colombo preparing for the two match Test series but were forced to fly back home in the middle of a warm-up game at P. Sara Oval after the pandemic went out of control in the UK.

The possibility of England staying back after their two Tests in Sri Lanka to complete the series against India has been given some thought after SLC came up with the suggestion.

Not much sport hastaken place this year after the outbreak of the pandemic with even the Olympics being postponed. England at the moment are playing a Test series against Pakistan having successfully hosted a bilateral series against West Indies and Ireland.

Sri Lanka too have had several series postponed due to the pandemic. While the England series will take place in January, Bangladesh are expected to be in the island in October after their series in July was pushed back. ODI series involving India and South Africa were also postponed but dates for these are yet to be announced.

SLC wanted to host the Lanka Premier League tournament in August but that has been now pushed back to November on recommendations of the Health Ministry.