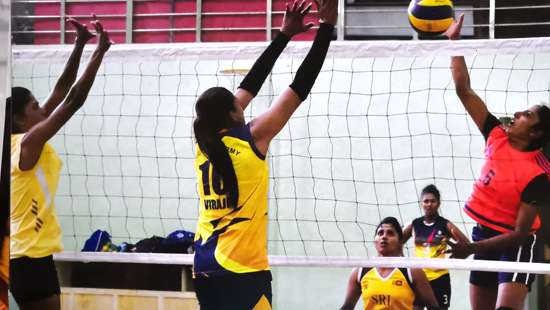 The Sri Lanka Volleyball Federation (SLVB) is planning to conduct four national level tournaments that were postponed because of the coronavirus pandemic in the final quarter of the year (October, November and December).

The four competitions are the President’s Gold Cup, Munchee National Championship (Amateur and Super League), Junior National Under 23 Championship and National Beach Championship, according to the SLVB secretary A.S. Nalaka.

Meanwhile, the federation has decided to cancel the most prestigious school tournament DSI Supersports Schools VB tournament from the calendar this year.

This decision has been taken since approval has not been granted by the Education and Health ministries to conduct any single school competition because of the prevailing situation in the country.

The SLVB has also decided to the disband the national beach volleyball pool (men and women) and send the players and coaches home.

The National Beach Volleyball Championship was to serve as a trial to select the players to represent the country at the Asian Beach Games to be held in Sanya, China from November 28 to December 6. But since the Olympic Council of Asia and China’s National Olympic Committee decided to postpone the Games to 2021 because of the pandemic, the national pool was disbanded.

The federation hopes to stage the National Beach Volleyball Championship in December with the aim of preparing the for the Asian Beach Games next year.