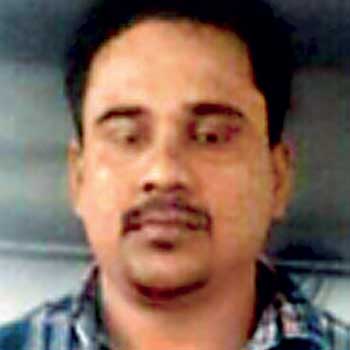 Maddumage Lasantha Chandana Perera alias Angoda Lokka has been poisoned to death in Bangalore, India, reliable sources revealed.  The sources also said a woman who worked closely with him is being charged with the killing.

His body was later taken to Coimbatore in Tamil Nadu where the remains were reportedly cremated. It is also reported that one of his sisters was given the opportunity to watch the funeral through video call.

It is further reported that security forces have received information that Angoda Lokka has not been in contact with anyone in Sri Lanka since 3 July. He is believed to have been killed on or around 3 July.

Suranga Kumara Perera alias Angoda Raththaran, a resident of Mulleriyawa, who was the closest supporter of Angoda Lokka, was assassinated on 5 January 2017 by ‘Samayan’  when Angoda Lokka was having an ongoing bitter feud with ‘Samayan’.

Ranale Samayan and his disciple were later murdered inside a prison bus in Wanathamulla with the help of Makandure Madush, who was hiding in Dubai at the time, in retaliation for the murder of Angoda Lokka’s supporter on 27 February 2017.