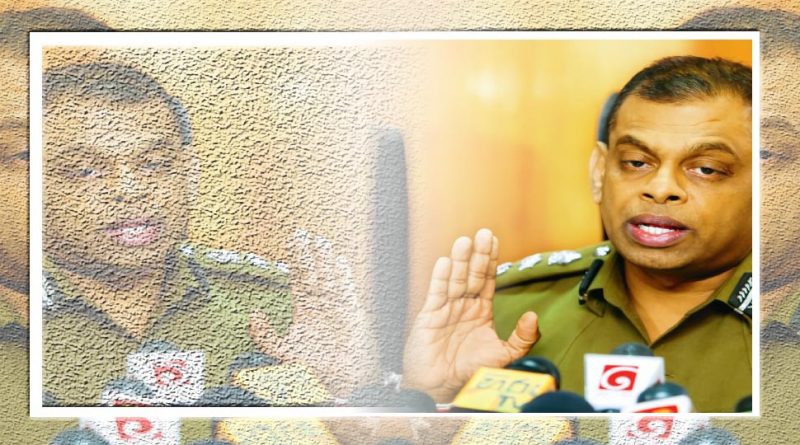 He said that these organised crime groups have given these students a small dividend (allowance), for letting their bank accounts to be used. SDIG Tennakoon said he will reveal the names of the criminals and drug traffickers and other information regarding this by next week.

“Drug traffickers and racketeers are finding it difficult to use bank accounts because we are on alert about their moves and we often monitor them. So they have used the accounts of students in universities and other ordinary citizens by giving a small monthly allowance,” he said, while insisting that students have lodged complaints with him, by confessing that they are victims of that crime.

Addressing the Media at Police Headquarters, yesterday (19), SDIG Tennakoon said these victims have admitted that they followed the instructions given by these crime gangs to transfer money through ‘eZ cash’ and these students were not aware about what is going on and they were not engaging in these activities intentionally.

An Illegal Assets Investigations Division will be set up under the Criminal Investigation Department (CID) today under the DIG in charge of CID. The relevant gazette will be issued at midnight. He stated thefunction of this division is to take full time action against the confiscation of immovable and movable properties earned through various rackets and narcotics under the Money Laundering Act.

Speaking further, Police Media Spokesman, SSP Jaliya Senaratne said that this will also confiscate the funds and properties that were seized in connection with terrorism and drug trafficking with the Money Laundering system. “Funds that were earned by banned groups and other illegal activities will also be confiscated under this division,” he said.

Police identified 25 organised crime groups in the Western Province and 20 out of them are actively engaged in criminal activities. They stated that 388 individuals attached to those organised crimeshave been identified.

SDIG Tennakoon also said that these 388 suspects are not in stable places, where they change their residences frequently, so they can mislead the Police very often. He stated that under the directions of the Acting Inspector General of Police, they advised the Officers in Charge in 53 Police Stations in the Western Province to take action against the suspects who are in other countries by obtaining a warrant and he said that they have given a time period of one month to all Officers in Charge in 53 Police Stations.

The Commissioner General of Prisons has taken actions to conduct raids to capture and monitor the activities of criminal gang leadersas well as people who are helping these criminals while staying around the prisons, providing hand phones and other illegal items. The Commissioner General will take enough action against those helpers, by conducting investigations.

Meanwhile, a number of suspects have been identified and many of them were arrested, while investigations are being conducted accordingly. Operations are underway to recognise the suspects who are released on bail and roaming out of the Western Province.

26 were arrested among those 388 suspects and they are under detention orders and the Police are questioning them to paralyse their network. “We have not only identified the suspects, but also their drug or crime network. Recently, we identified a network involving one of the crime organisers in Boossa Prison using his helpers to support his criminal and drug related activities. Two suspects involved in a large-scale drug trafficking racket in the Western and Southern Provinces have been arrested by the Peliyagoda Special Crimes Unit yesterday, following interrogation by a member of an organised crime gang who was arrested in Colombo. One of the suspects revealed that they needed an electronic machine to count the money,” he said, while insisting that new vehicles were also seized with the suspects.

Police have also arrested another suspect involved in this network, who helped to transport money earned through drug trafficking. The suspect has confessed that another crime leader helped him to transport the money. A drug peddler called ‘Tile Chaminda,’ who was arrested recently in Minuwangoda, has transferred money via a cheque book. Rs370 million has been circulated in this account linked to ‘Tile Chaminda.’

“Police have seized 21 vehicles including cars, tippers, vans, jeeps, three-wheelers and motorcycles with a number of properties and houses. All the movable and immovable property of the suspects will be taken into State custody,”he said.