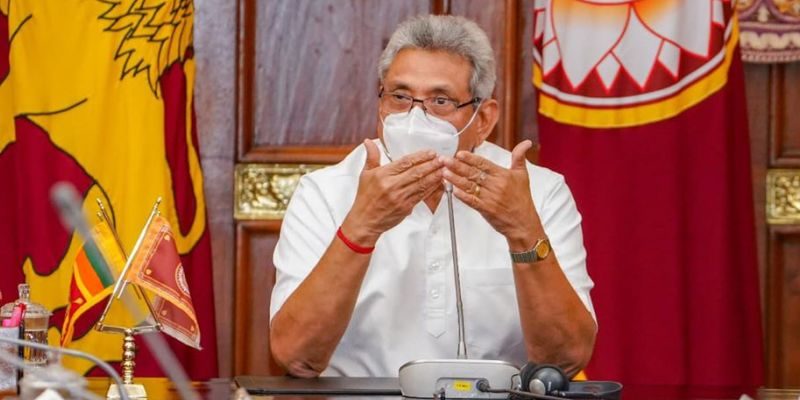 President Gotabaya Rajapaksa today assured that the people would be protected from the COVID-19 pandemic by mitigating the risk of the virus spreading in the country, until the pandemic is finally wiped out.

He said the government took successful measures in the wake of the virus outbreak long before many other governments.

According to the President’s Media Division, the President said this when the Task Force on COVID-19 met at the Presidential Secretariat to discuss the current COVID-19 situation in the wake of the positive cases found at the Kandakadu Rehabilitation Centre.

He recalled that there were objections from the residents when planning to set up quarantine centres at the beginning, and those who arrived from Italy and south Korea also objected to being sent to quarantine centres.

“No matter what obstacle we face in the future, we will overcome the challenges and will not shy away from the responsibility of safeguarding the people,” the President said and added that the close associates of the patients found positive at the Kandakadu Rehabilitation Centre have been sent for quarantine.

“The close associates and links extending up to four circles have been asked to undergo a period of self-quarantine. The government has made plans to overcome the future challenges in a manner similar to how it controlled the situation initially,” he said.

At the meeting, the President instructed the health officials to continue with the PCR tests to keep the spread of the virus at a minimum level and instructed that the number of PCR tests being conducted at Rajanganaya and other areas where positive cases were reported to be increased and to update the people on the action taken to control the situation and about the pandemic.

The PMD said it was also agreed to expand the programme to rehabilitate the drug addicts parallel to the programme of mitigating COVOD-19 pandemic.

The President also expressed his gratitude to all those involved in the battle against the pandemic.