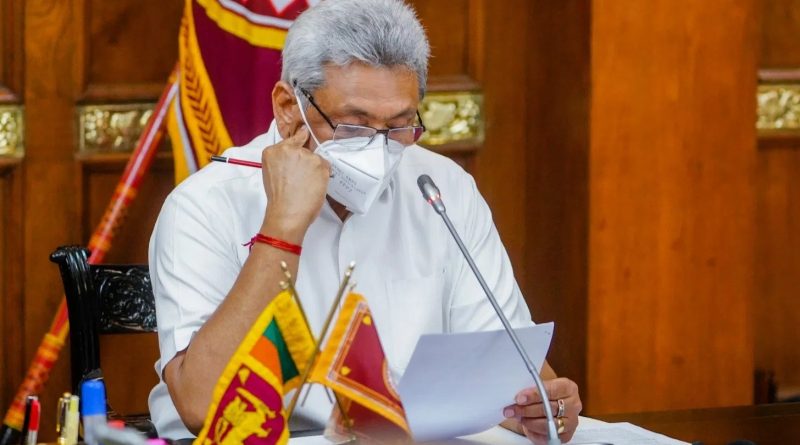 President Gotabaya Rajapaksa has directed the officials of the Central Bank to deliver justice to the depositors of the ETI Finance and The Finance Company PLC after seeking legal advice regarding those insolvent companies immediately.

President Rajapaksa further said that a committee representing the Presidential Secretariat, the Central Bank, the Treasury and the depositors should be established to monitor the future course of actions on this issue.

The President made these remarks during a meeting held at the Presidential Secretariat, today (29) to review how the repayment process being carried out at the ETI Finance and The Finance Company PLC.

A Presidential Commission of Inquiry (PCoI) has been established to look into ETI Finance Ltd’s transactions. It was discussed in detail regarding the measures taken by the Central Bank in respect of these companies.

Under the first phase, repayments will be made to the depositors of both companies with a deposit value of less than Rs.600, 000. The President emphasized that justice should be delivered to all other depositors too; even by seizing all properties owned by the two institutions.

Prof. W.D Lakshman, the Governor of Central Bank stated that during the next Monetary Board meeting they will introduce measures to provide appropriate solutions to the complaints and grievances presented by the public after investigating them thoroughly.

In addition, the governor assured that he will address short comings at the Central Bank which directly impact the general public and restore its dignity as an institution.

President Rajapaksa said that the assets of the ETI Investments and The Finance Company will be assessed and take over without litigation and the money owed to the general public will be returned. President further added that stern action will be taken against persons who fail to repay their loans.

Secretary to the President, P.B. Jayasundera, Secretary to the Ministry of Finance, S.R. Attygalle and a group representing depositors in both finance institutes were present at the discussion.