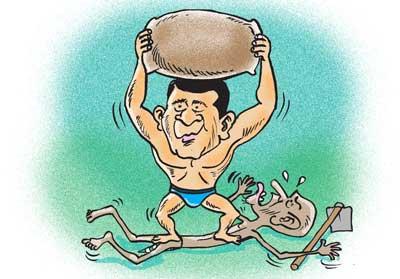 Rajarata paddy cultivators who have begun selling paddy stocks from their latest harvest are said to have turned their guns on a prominent politico in the area.

This politico who once held a key portfolio in the government had drawn the ire from the paddy cultivators for making public announcements against increasing the rice prices.

The thinking of paddy cultivators is that if there was a marked increase in rice prices, it would have led to a proportionate increase in paddy prices as well to their advantage and the politico’s protests were responsible for measures taken to contain the upward swing in rice prices.

The politico had thought that he was championing the cause of consumers when he protested against increasing rice prices forgetting that the majority of his voters were paddy cultivators.