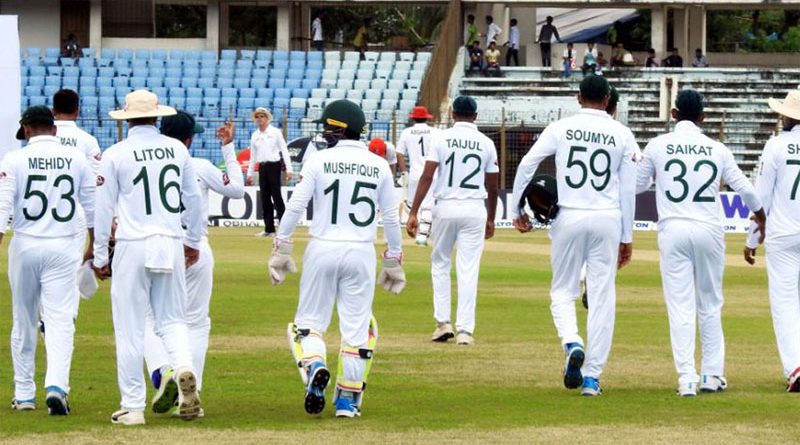 Bangladesh are unlikely to tour Sri Lanka in July for their scheduled three-match Test series after senior players expressed reservations against travelling as early as next month in the wake of the constantly evolving Coronavirus situation.

It is learnt that the Bangladesh Cricket Board officials met with the leading cricketers via teleconference to get their perspective with all of them unanimously agreeing to not tour in that time frame. “How can we go to Sri Lanka in the present context? If we sustain the virus will it be possible to return back to our country. Suppose our family members have a similar case can we play cricket keeping everything aside,” a senior cricketer told on request of anonymity. BCB cricket operation chairman Akram Khan admitted the low probability of that series being played as per original schedule.

“Yes we had spoken with some of the players and they did not show any interest [to tour during that point of time]” Akram said. “I think chances are very slim about the Sri Lanka tour commencing on scheduled time frame.”

Bangladesh were originally scheduled to travel to Sri Lanka in the third week of July and are penciled in to play Tests in Colombo, Galle and Kandy – all part of ICC Test Championship. It is learnt that Sri Lanka Cricket is still trying to convince BCB about visiting in September under a revised itinerary, though the SLC is yet to officially comment in this regard.

Akram clarified that any decision regarding the tour will be based on having sufficient time to prepare for the series, drawing attention to the COVID-19 numbers and play readiness of the two countries.

Sri Lanka, among the few countries to have managed the pandemic to a large extent, has already got its players into training together, but on the other hand some leading cricketers were not allowed to train at the stadium by BCB. Though BCB has now decided to let the cricketers train individually, it appears they are not too sure whether all the national stars will avail this opportunity.

“Where Sri Lanka is thinking of playing cricket we are yet to resume training at our own backyard and more importantly we cannot say when the condition will improve,” Akram said. “We are trying to find out who wants to train individually so that we can prepare the ground for them but I am not too sure whether everyone wants to do it or it is just a wish of few cricketers.

“We cannot go there without proper preparation because it is a three match Test series. The players are out of cricket for long time so after returning to cricket they will at least need 40 days training comprised with one month skill training following a 10 days fitness camp. So we cannot commit anything right away regarding the Sri Lanka tour,” Akram added.