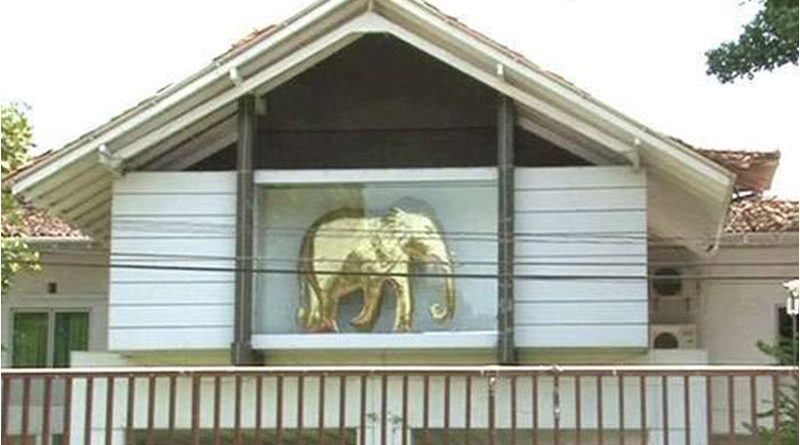 A tense situation erupted at a meeting chaired by UNP Leader Ranil Wickremesinghe at Sirikotha UNP Headquarters yesterday as the attendants agitated and made angry remarks at the top rung of the party.

As the objections grew, Wickremesinghe, UNP General-Secretary Akila Viraj Kariyawasam and other senior members had left the stage ending the meeting abruptly.

The representatives of all Trade Unions attached to the UNP, including the ‘Jathika Sevaka Sangamaya’, had gathered at Sirikotha for a National Executive Committee meeting.

The objections had started after the UNP Leader addressed the gathering. Chaotic scenes had followed as trade unionists vociferously aired their dissent. Then the members on the stage had left in a hurry.