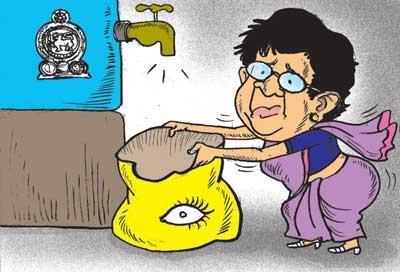 A story about how one of our lady envoys incurred several thousands of Euros on her eye treatment in the States some time ago when she could have got it done in the European country, where she was serving, at a much lesser cost, had an echo at a top official conference held in Colombo recently, they say.

This lady envoy is said to be currently serving in the capital of a powerful country in the West.

When the lady envoy sought permission to seek eye treatment in the States, the responsible authority in Colombo at the time had readily okayed the request and sanctioned the release of a sizeable amount in Euros for travel and medical treatment.

The recent Colombo conference where this story had come up had been chaired by the political authority in charge of the subject. The top executive who granted the lady envoy permission to seek treatment in the States too had been present at the conference.

Pin-drop silence had prevailed when the white-collar high-up in charge of expenditure at the top office revealed the details of the eye treatment expenses at the conference, they say.