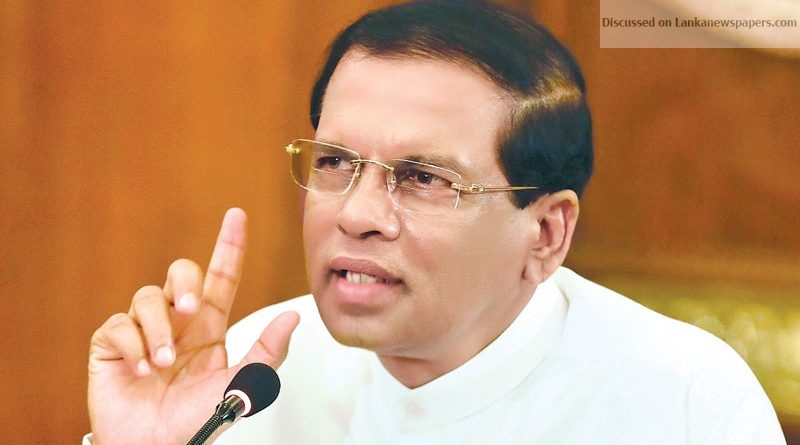 Former President Maithripala Sirisena said that as the head of state, he placed his signature 21,000 times, over a period of three days, on documents compiled by the Attorney General in order to prepare for the extradition of the former Central Bank Governor Arjuna Mahendran from Singapore.

Addressing at an event held in Polonnaruwa on Monday former President Sirisena said that he strongly opposed the appointment of Singapore national Mahendran to the post of Governor of Sri Lanka’s Central Bank.

However, former President Sirisena said as only a few weeks had lapsed since the formation of the coalition government, at the time of the appointment he was compelled to agree with the former Prime Minister’s decision to appoint Mahendran, in order to avoid disagreements between the two leaders.