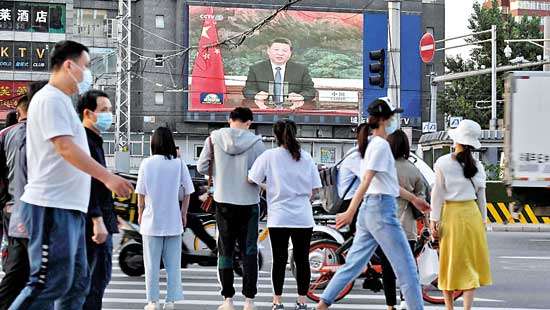 China supports an independent inquiry into the handling of the coronavirus pandemic after it is “brought under control”, President Xi Jinping said Monday, as Europe accelerated its reopenings with landmarks Saint Peter’s Basilica and the Acropolis in Athens welcoming visitors again.

After weeks dogged by allegations from the US and elsewhere that Beijing had covered up the virus’ origins, Xi insisted during the World Health Assembly that China has “always had an open, transparent and responsible attitude”.

More than 4.7 million people have tested positive and 315,270 killed by the disease since it emerged in Wuhan late last year, according to an AFP tally.

Russia offered a glimpse of hope as it reported that growth in new cases had been halted, and US biotech firm Moderna reported “positive interim” results in the first clinical tests of its vaccine against the new coronavirus. But fears were growing over soaring infections in Brazil, India and South Africa.

The COVID-19 outbreak “must be a wake-up call,” UN chief Antonio Guterres told the same virtual assembly, as he called out countries for failing to heed warnings from the World Health Organisation about the virus.