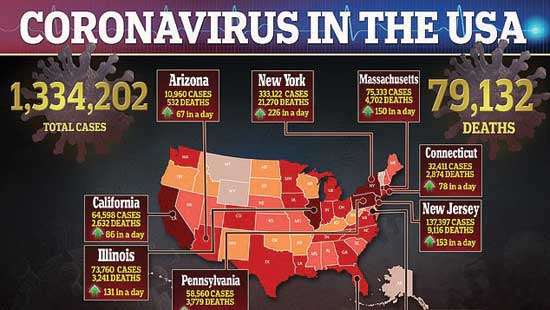 Three members of President Trump’s coronavirus task force, including Dr. Anthony Fauci, said they will self-quarantine on Saturday after coming into contact with someone who had tested positive for COVID-19, according to a spokesman and media reports.

Fauci, the director of the National Institute of Allergy and Infectious Diseases, told CNN on Saturday that he will begin a ‘modified quarantine’ after coming into ‘low risk’ contact with someone who tested positive for
COVID-19.

Director of the Centers for Disease Control and Prevention Robert Redfield ‘will be teleworking for the next two weeks’ after a ‘low-risk exposure’ on Wednesday to a person at the White House who has the disease, The Washington Post reported on Saturday, citing a spokesman.

Food and Drug Administration Commissioner Stephen Hahn is in self-quarantine for a couple of weeks after coming into contact with someone who tested positive for COVID-19, an FDA spokesman told Reuters late on Friday.

The diagnosis of Miller, who is married to White House immigration adviser and speech writer Stephen Miller, was revealed by Trump in a meeting with Republican lawmakers on Friday.
A valet for Trump has also tested positive.