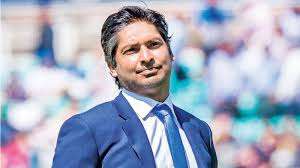 Commenting on reports which said the SLC to promote Kumar Sangakkara for the ICC big post, Sangakkara said today that he is not keen or interested in being promoted. He was responding to a tweet which quoated Sri Lanka Cricket (SLC) Secretary Mohan de Silva and said the SLC is keen on seeing former captain Kumar Sangakkara vie for the “big post in the ICC,” Responding to the tweet, Sangakkara said, “The problem is that I’m not keen nor do I have any interest in being promoted but thank you for the praise anyways.”