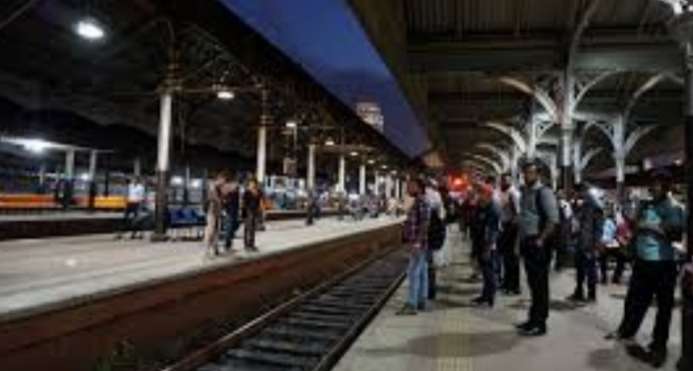 Commuters who had season tickets following with an SMS sent by the Railways Department and had their names in the list of employee names given by the Government and Private sector Institutions would be allowed to travel by trains on Monday (11), Railways General Manager Dilantha Fernando said.

Speaking to the Daily Mirror he said this precautionary measure would be implemented to control people using trains and to control the spreading of COVID-19 virus among people after relaxing the Police Curfew from Monday.

However, each person would be checked at each train station before getting into the trains.

“Each person has to check their body temperature and show the received SMS before getting into the trains. People cannot change the seats other than the allocated seat number given with the SMS. If anyone with high temperature, cough or cold will not be permitted to enter the train stations,” he said.

“Guidelines issued by the Health Ministry will be implemented for the protection of the commuters and strict actions will be taken against those who will not comply, he said. Due to lack of security personnel in the Railways Department, we requested more officials from the COVID-19 Special Task Force, Mr Fernando said.

However, the Task Force had assigned 600 Army soldiers for security purposes and two Army officers would be assigned to each compartment, he said.

“Each commuter should wear face masks, should maintain the one-metre distance between other commuters. Commuters must wash their hands before entering the railway station. Avoid spitting and throwing rubbish out from the windows as well as at the stations. Limit the use of public toilets even in the compartments,” he said.

“We also request commuters to come to the stations as early as they can because they would not be allowed to use other trains other than the train assigned to each passenger assigned in the SMS, the GMR said.

“Commuters would not be allowed to get into trains except the given train number, station and the time given in the SMS,” he added.