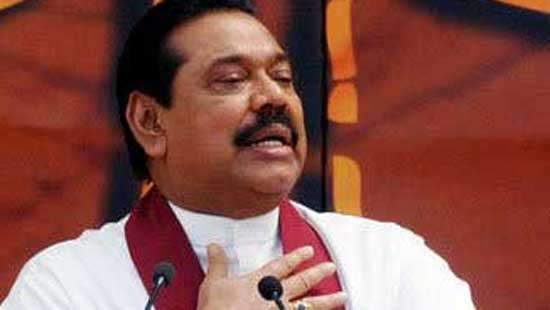 Though we may lead a life divided based on religious and ethnic lines, the current COVID-19 pandemic has shown us that we are all humans who face the same fate at the end, Prime Minister Mahinda Rajapaksa yesterday said.

Speaking at the National Vesak Ceremony held at Temple Trees, Mr. Rajapaksa said Sri Lankans were excited to celebrate Vesak this year because they couldn’t celebrate it last year as well.

“However, the Buddhists are unable to go ahead with celebrations this year as well and we have to understand this reality with content. Those who realised Buddhist teachings and the path shown by the Buddha will not be saddened or devastated by pandemics like this. We can use COVID-19 to understand the nature of the Dhamma and the world,” the Prime Minister said.

He said the ‘Way of the World’ sees no difference between the powerful countries and weak or poor countries but treats all the same.

“It doesn’t matter how powerful you may be in the world but you can’t change the way of the world. Life, diseases and death are all same to everyone everywhere. The poorest person in the world and the richest person in a luxurious country, both have been affected by the pandemic. Those who tried to change the nature has become helpless in the face of the way of the world. The best deed we can perform in the Vesak festival is to make the world realise this fact,” he said.

He said the people from different religions and ethnic groups have to make decisions together as one group due to COVID-19 pandemic.

Buddha Sasana Ministry Secretary Bandula Harishchandra made the welcome speech of the ceremony where four stamps and first day covers were launched to commemorate the Vesak festival.

The stamps and the first day overs were presented to the Maha Sangha and the Prime Minister by Telecommunications Minister Dr. Bandula Gunawardana.