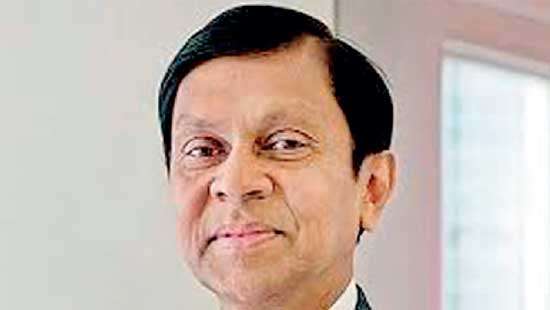 Former Central Bank Governor and present Senior Economic Advisor to Prime Minister Ajith Nivard Cabraal is proposing the setting up of a fund syndicated by a group of investors to provide liquidity support to those companies battered by the mandatory shutdown of businesses, due to the pandemic.

The novel idea to establish a new Covid Equity Fund with a fund size of Rs.150 billion or US $ 750 million is to provide equity injections to those companies battling the liquidity crises caused by loss of business during the nearly two-month lockdown.

“The government and banks together should develop a strategy to woo some new investors who can collectively fund, what I called as a Covid Equity Fund,” he said.

He proposed the government and banks to collectively access foreign investors and asset management companies to build the proposed fund.

Talking about the custodian of the fund, he suggested the fund to be managed by a private sector board with a chief executive officer at the helm.

The prolonged shutdown has threatened some businesses with liquidations as some of them face liquidity problems in paying their bills, paying salaries to their employees and servicing their loans to banks.

While job losses could snowball into wide-scale social unrest, loan defaults could contagion into the financial service sector, threatening the survival of the latter, triggering a domino effect on the entire economy.
“If you infuse equity only, this problem could be addressed.

Just imagine a business, which is already struggling with its old debt with their interest. If you burden it with new loans and interest while they enjoy only the old income—even may be less than the old income—that business is not going to be a viable one,” said. Hence, Cabraal proposed the fund to initially settle up to 25 percent of the bank debt of the enterprises that seek liquidity support from the fund, in return for a reasonable ownership stake in the company.

He expects this mechanism to instil hope and confidence in the whole system and would help those entities to emerge out of the crisis in a few years, as during this period, they will also have the access to new ideas brought in by new board members.

He also said the proposed fund does not have to hang on to its stake indefinitely as it can exit its investment in a three to five-year according through a specified exit mechanism.

“So, I think, if the proposal is implemented, it would bring a whole new stability to the enterprises, which would make them bankable and make their stresses go away and the economy will move to its stability once again,” Cabraal said.

Earlier he proposed to release 20 percent of the Employees’ Provident Fund (EPF), which amounts to Rs.500 billion, back to its members, as a measure to revive the economy battered by the pandemic.

Cabraal has been seen floating some innovative, unprecedented and out-of-the-box suggestions, to re-emerge from the current predicament inflicted by the coronavirus while some other experts mostly spell doom.