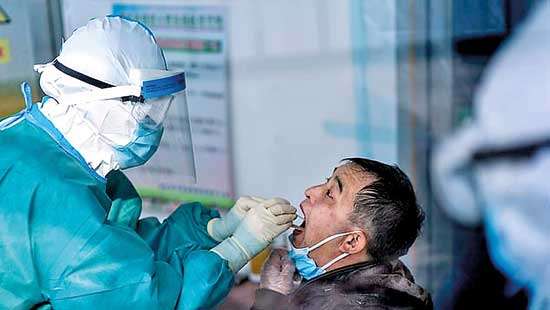 China has shut downs gyms and swimming pools in Beijing amid fears the country is vulnerable to a second wave of coronavirus.

It comes just days after the communist regime quarantined a city of 10million people in its north west region near Russia and on Saturday China’s northwestern province of Shaanxi reported seven new imported cases coronavirus, all in citizens returning home from Russia.

A second outbreak would be a setback for President Xi Jinping who is trying to restart the nation’s economy and present an image of power to the rest of the world.

Beijing claims that the total number of confirmed coronavirus cases in China, where the virus first emerged in late December, is now 82,816. The death toll remained the same at 4,632, with no new deaths reported on April 24.
People returning to China from overseas are once again being ordered to quarantine, while health clubs and swimming pools are shutting amid fears of a new spike in the disease.

China has also instituted stringent checks at its ports and border points, banning the entry of foreign nationals on March 28, and even diverting international flights from its capital city Beijing.