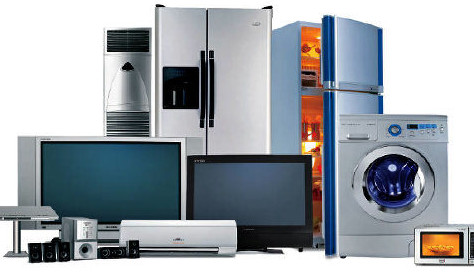 The depleted consumer incomes and temporary import restrictions on non-essential imports could deal a heavy blow to Sri Lanka’s consumer durables sector, which was on its way to recovery from a sales slump, and could take at least one and half years for the sector to return to the pre-COVID-19 levels, according to sector analysts.

Sri Lanka’s consumer durables sector was under pressure for three years from 2016 to until 2019 due to adverse weather beating the agricultural sector—its core customer segment—and weak incomes of the people caused by the poor performance of the overall economy before it showed some gains from 2H19.As consumer durables fall under discretionary purchases, weak sales in the sector could persist towards at least the first half of 2021 before returning to normal levels during its second half because it will take time for customer footfall and discretionary spending to normalise, even if the lockdowns are lifted, says Fitch Ratings in a new rating report on Abans PLC.

The rating agency also does not expect a meaningful improvement in the company’s earnings from the agricultural sector, which forms a large portion of Abans’ customer base, despite a recent improvement in their harvest because they are of the belief that lower overall demand could offset any gains made in the demand from its core customer segment.

Abans is a household name in Sri Lanka for consumer durables, and other two key players in the segment are Singer Sri Lanka and Softlogic.

Fitch Ratings affirmed Abans’ rating at BBB+ revising the outlook to Negative on coronavirus stress on company’s liquidity and leverage.

Despite the national level domination by the trio, there are many other small-scale retailers, who have penetrated well into regions, will also face similar or worse fate from the crisis due to both demand and supply side squeeze.
The government in early April suspended non-essential imports sans medical supplies and fuel.

Meanwhile, Softlogic Capital PLC echoing similar sentiments to that of Fitch Ratings, listed the consumer durables sector among sectors, which will see an immediate negative impact and a slower recovery thereafter.

They identified tourism, automobiles, apparel, mid to small-scale finance companies and construction as other sectors which could become immediate casualties of the pandemic.

“Restrictions in importation of the goods and sinking consumption due to low income could hit bottom line adversely,” Softlogic Capital said in a report, which gave a well-balanced assessment of the economic fallout due to the pandemic both at macro and micro level.

However, Fitch Ratings are of the view that the pent-up demand and the continuation of low interest rate environment could help the industry to return to levels seen before the crisis unfolded.

“A full recovery of the sector may only materialise well into 2021 even if the pandemic is contained over the next few quarters, as consumers will likely defer discretionary purchases until economic activity and income levels normalise.

We expect demand to recover to levels seen in FY20, starting in 2HFY22, helped by the pent-up demand from almost nine-to-12 months and the prevailing low interest rate environment continuing into FY21,” the rating agency opined.

However, they cautioned that a continuation of the pandemic beyond the 1H20, extending restrictions on consumer movement, could weigh heavily on liquidity and earnings of the sector.