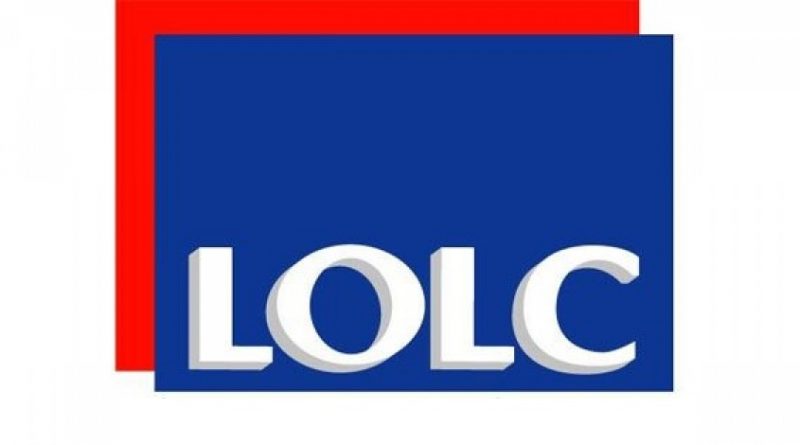 LOLC Holdings PLC has announced that it has received 422 million dollars as the first tranche by selling its 70% stake from Cambodia’s largest Microfinance Company, PRASAC, to the world’s sixth largest Commercial Bank and Korea’s biggest Commercial Bank, Kookmin.

In January this year, the LOLC Group announced of their agreement to sell it’s 70% stake held in
Cambodia’s largest Microfinance Company, PRASAC, to the world’s sixth largest Commercial Bank and Korea’s biggest Commercial Bank, Kookmin for US$ 603Mn, a Rs. 120Bn in local currency terms.
Sealing the deal, LOLC confirms that both parties had received the necessary approvals from their respective regulators in both countries, the National Bank of Cambodia (NBC) and The Financial Services Commission (FSC) of Korea to conclude the transaction and the first tranche of US$ 422 Mn was received by LOLC International Pvt Ltd recently. The balance of US$ 181 Mn will be due in 2022 and the post transaction value of PRASAC is valued at US$ 862Mn.
Resulting from the PRASAC sale, the balance sheet of LOLC will strengthen further providing tremendous capacity and stability for the next level of growth that the Group envisages. The stronger balance sheet of LOLC will also provide the necessary impetus for the local financial services companies such as LOLC Finance PLC, LOLC Development Finance PLC and Commercial Leasing & Finance PLC to grow their businesses further.
This transaction is a significant milestone not only for LOLC but also for Sri Lanka, especially as the nation is facing challenging times. For the LOLC Group, the value that this investment has created portrays its long-term vision and proactive business strategy. The strong partnership which LOLC has established with an entity of the stature of Kookmin Bank undoubtedly portrays the global recognition and reputation LOLC has earned in the microfinance space and gives the Group the stability and strength in expanding its global footprint r. This transaction is significant to Sri Lanka with the foreign currency inflow, during these dire times beset on the entire world at large.
With this transaction, LOLC exits from its maiden overseas investment, made in 2007 in PRASAC. LOLC’s initial investment in PRASAC, an 18% stake, was made at the invitation of FMO the Nederland Government’s Development Finance Company, Belgian Investment Company for Developing Countries and Dragon Capital, a private equity fund. LOLC’s expertise as an aggressive but stable practitioner in Microfinance and its active involvement in PRASAC made it the largest and most profitable Microfinance institution in Cambodia, in less than a decade. Having identified the potential of PRASAC, LOLC subsequently increased its stake to 70%.
Even though LOLC exits from PRASAC, the company has no plans to withdraw from Cambodia, as it currently has a 97% stake in LOLC Cambodia, the fourth largest Microfinance company, in terms of market position, and the second most profitable micro finance institution in Cambodia. With the expertise of LOLC, this company is thriving in its market space of microfinance and has delivered strong performance consistently. LOLC Cambodia holds, in excess of US$ 1Bn in total assets, a US$ 832Mn portfolio and a deposit base of US$ 485Mn.
LOLC’s global footprint also includes microfinance operations in Myanmar, Pakistan, Philippines, Indonesia, Nigeria and Zambia together with a few more handpicked destinations in the pipeline.
LOLC is now expanding its global presence further by revolutionising the insurance industry in
Cambodia, with the latest approval received to set up micro insurance under the company, Serendib Micro Insurance Plc., which will benefit from LOLC’s rich experience in the Micro insurance business in Sri Lanka. LOLC has also received preliminary approval to set up a representative office in Myanmar, to implement its Micro Insurance business.

Speaking of the significant transaction, Mr. Ishara Nanayakkara, Deputy Chairman, LOLC Group said, “We are proud that we were able to secure the required approvals to conclude this transaction swiftly, despite the current challenges across the globe.
We appreciate all the guidance, support and encouragement given to us by the Central Bank of Sri Lanka and for the support given by the National Bank of Cambodia and the Financial Services Commission in Korea. We are pleased that this landmark transaction will also facilitate a significant inflow of foreign currency to the country”.