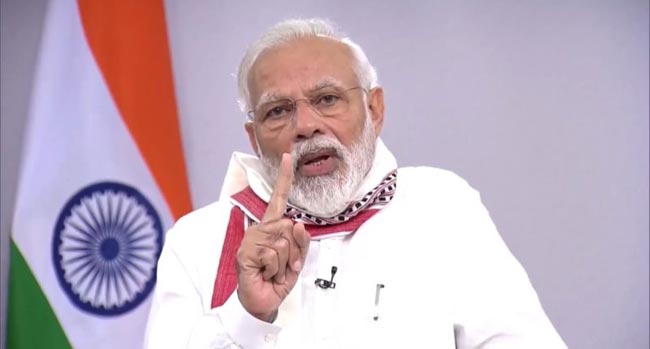 India’s Prime Minister Narendra Modi has extended a nationwide lockdown until 3 May to contain the spread of the coronavirus.

The announcement comes on what was to be the last day of the initial lockdown, which began on 25 March.

“I salute all you citizens,” Mr Modi said in a televised address, thanking Indians for their support in the fight against the virus.

Under the lockdown, only essential businesses – such as groceries and pharmacies – are allowed to remain open. City transport services are limited to emergency staff and those with special travel passes. All trains and flights have been suspended.

Mr Modi suggested that the rules could tighten further over the next one week, but he did not give more details. He said the government will issue “guidelines” soon.

“These have been made thinking of our poor and migrant workers, daily-wage workers and farmers,” he said.

He added that the federal and state governments will be watching potential hotspots closely, and will evaluate every district after one week to determine restrictions can be eased anywhere.