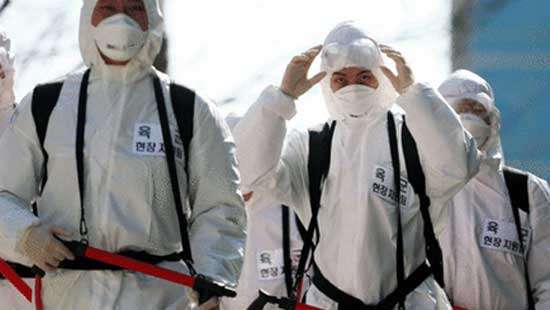 The Indian Union Health Ministry on Monday said 109 deaths were reported across the country due to Coronavirus, and the total number of infected cases so far has risen to 4067.

At least 490 new cases and 26 new deaths have been reported in the last 12 hours.

Till Sunday evening, the total number of cases was 3,577 while 83 deaths were reported.

In the 9 a.m. update on Monday morning, the Ministry said as of now, 3666 cases are active while 291 people have been cured and discharged.

One person has migrated while 109 have died due to the virus, the Ministry said.

About 30 per cent of the total cases, are connected to Tablighi Jamaat, an event organised by the Islamic sect in Delhi’s Nizamuddin area last month.