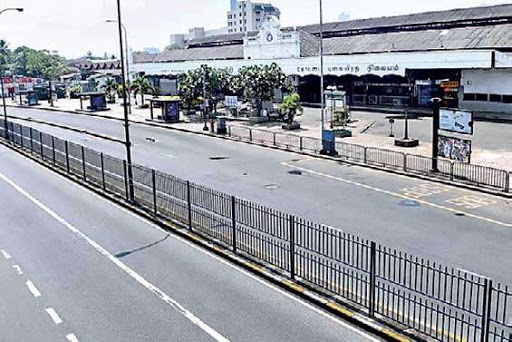 Sri Lanka’s sprawling ride-hailing industry dominated by PickMe and Uber fell victim to what appears to be a protracting coronavirus pandemic, throwing thousands of gig workers in the industry into hot water. The industry has suffered between 50 to 70 percent plunge in the number of rides during the week ended last Friday, compared to the corresponding week earlier. “We have seen a 70 percent decline in the number of our rides during last week,” said Jiffry Zulfer, CEO of Digital Mobility Solutions Lanka (Pvt.) Limited, the owning company of PickMe. He termed the recent plunge “much severe”, compared to the impact came in the aftermath of the Easter Sunday attacks, roughly a year ago. Meanwhile, an Uber Sri Lanka employee said the impact on them is in the north of 50 percent or more during last week, with most of their drivers, mostly coming from rural areas, going offline. Statistics from both companies were related to the rides taken before the islandwide curfew went into effect last Friday evening. The Sri Lankan government has been taking timely and step-by-step action to prevent the rapid spread of the virus before the entire country was forced into lockdown, to prevent social gatherings. While the entire private sector is in quandary, the largest segment, which is now in quagmire, is the gig workers, who have made the ride-hailing and food delivery services their main livelihood. While there are still no reliable data available on the gig worker numbers in Sri Lanka, the two companies have nearly 100, 000 active drivers on their platforms. While nearly 1.5 million state sector workers and the rest of the formal private sector workers will receive their salaries on time or even slightly before, most of these gig workers do not have any other source to lean on, in a time of crisis. Recently, Sri Lanka’s Labour Commissioner R.P.A. Wimalaweera stated new regulations are being drafted to safeguard the interests of the gig workers. Gig workers do not enjoy paid leave, medical benefits and other social security services. But some say such regulations could kill the true spirit of a gig economy, which provides freedom and flexibility to the gig worker and such could also put a chill on the investments and innovations by these service providers. But others say, by way of promulgating independent contractor or freelancer status by global tech giants, they are surreptitiously transferring corporate risks to the gig worker. Last week, Uber Inc. said it would compensate drivers whose doctors advise self-isolation with up to two weeks of missed pay. PickMe’s Zulfer said the current situation has deprived many of their drivers the opportunity to make a living and feed their family.