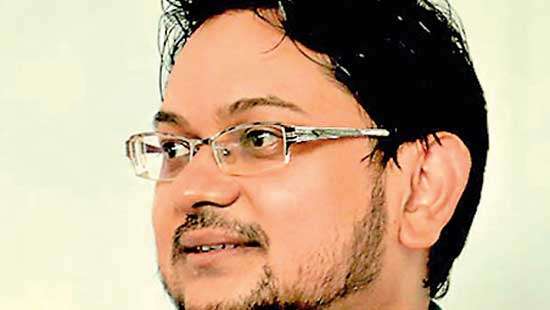 By Shabiya Ali Ahlam
As Sri Lanka is witnessing its economy coming to an almost stagnant state due to the unavoidable measures taken by the government to contain the coronavirus (COVID-19) outbreak, a leading economist in the country stressed the priorities of the political leadership should be ensuring the best for the people over all other things.

The government was quick to take precautionary measures which included closing of schools Island wide and declaring public holidays, which were requested to be extended to the private sector.

However, a social media wave was seen this week calling for a total lock-down, which comes with its own set of challenges to the economy.

“In such instances the focus of economic thinking should not be on overall GDP, lost revenue or lost trade, but on the impact that both the virus and the lock-downs will have on people’s lives.

The basic objective of good economic policies is to improve the quality of life, and to do that in a sustainable manner; GDP, trade, and revenue are only means to an end. We must not confuse them as being the end objective,” Verite Research Executive Director Dr. Nishan De Mel told Mirror Business.

According to de Mel, there are two kinds of human vulnerabilities the relevant authorities should be concerned about, in the present context.

The first is the elderly who are most at risk, in terms of serious negative outcomes from COVID-19, and the second vulnerability the country should be concerned about is that of the poor who depend on daily income for their sustenance.

While special measures can be considered for protecting and supporting the elderly, pausing economic activity to protect the spread of COVID-19 can have quite serious negative consequences on the lives of poor daily wage earners, de Mel stressed.

Starting Monday (16), the government declared an all island holiday, which was extended till yesterday. The move led to a halt of operations in the business community, including the stock market, which delivered a blow to daily wage earners and those who are self-employed.

De Mel opined that stopping economic production and services declaring “holidays” is too blunt a method for reducing people movement, when the focus is on reducing overall harm.

According to him, a more targeted and less damaging method of reducing the spread of COVID-19 could be adopted through arrangements such as ‘work from home’ and for such must be supported by the government regulations and policy.

De Mel noted that epidemiologically, it would seem that the best strategy for any country was to work on slowing down the rate at which the virus will spread as it would ensure the number of people who are ill with the virus at any given time, and need medical care to get well, does not exceed the capacity of the health system.
“Therefore, the level of lock-down can be decided based on the mathematics of a sustainable spread,” he added.