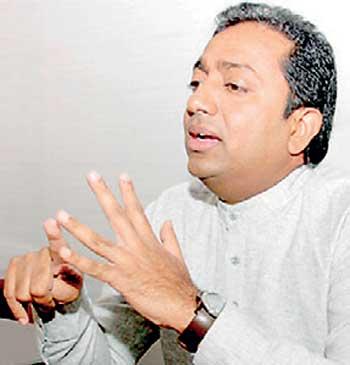 Mr. Kariyawasam who held a press conference after the party’s Working Committee meeting at Sirikotha said he decided to step down from the post of General Secretary to avoid a split in the UNP.

“The party leader will appoint someone to fill this vacancy. It was reported earlier that the party is to appoint a new General Secretary to which Samagi Jana Balawegaya (SJB) could also agree upon,” he said.

The names of former MPs Lakshman Kiriella, Mangala Samaraweera and Kabir Hashim have been mentioned as possible successors to Mr. Kariyawasam. However, Mr. Kariyawasam said the decision would be made by the party leader before long.

“I will remain till the new General Secretary is appointed. The Working Committee has decided to appoint a nomination board comprising party leader Wickremesinghe, deputy leader Sajith Premadasa, assistant leader Ravi Karunanayake, national organiser Navin Dissanayake, Ranjith Madduma Bandara and Kabir Hashim. Also, the Working Committee has decided that former Speaker Karu Jayasuriya should be allowed to lead the party’s campaign at the general election. The party will engage in continuous discussions with SJB to ink an MoU to contest the general election together,” he said.

Meanwhile, it was revealed that the SJB had adopted a clause of the ‘Ape Jathika Peramuna’ Constitution which owns the telephone symbol. MP Palitha Range Bandara who explained this position said outsiders could not contest from SJB under this clause.

“If UNPers were to contest from the new alliance, they will have to give up UNP membership. Likewise, if Ape Jathika Peramuna could object and file legal action against outsiders contesting the election under its symbol, it will then create another problem,” he said.

However, former MP Harin Fernando said the Elections Commission (EC) Chairman informed that the party’s Constitution could be changed. “SJB is ready to sign an MoU if the UNP agrees to its conditions,” he said.