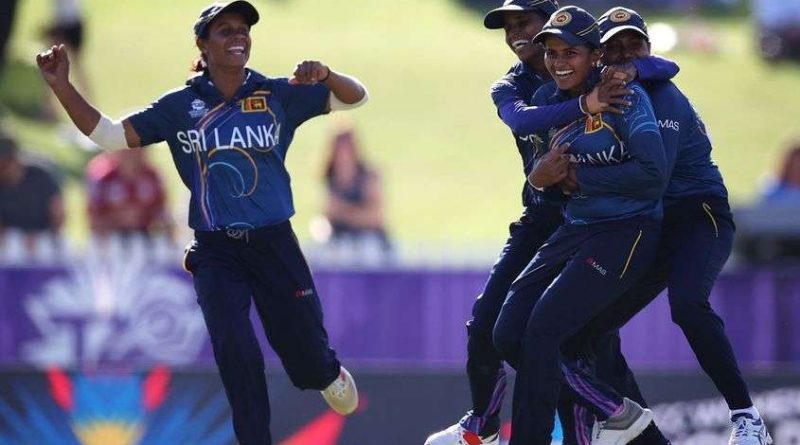 Shashikala Siriwardena of Sri Lanka celebrates after taking the wicket of Beth Mooney of Australia during the ICC Women’s T20 Cricket World Cup match between Australia and Sri Lanka at the WACA on February 24, 2020 in Perth, Australia.

Siriwardena said she felt ‘truly satisfied’ to help her country end their campaign on a high
Siriwardena, who has called time on her 17-year career following her country’s exit from the tournament, produced the ideal swansong as her four for 16 set Sri Lanka well on their way to a nine-wicket victory over Bangladesh.

Seeing their former captain pick up the Player of the Match award was an emotional moment for Sri Lanka after their first win, but Siriwardena says the key to her match-winning performance was treating it like any other game.

“From the beginning of the day it was very hard as I knew I was playing my last game,” said Siriwardena.

“I was kind of nervous knowing I would be wearing national colours for the last time. It was pretty emotional, but I told myself it wasn’t the time to get emotional.

“I knew my contribution would be important so I told myself to not think about my retirement until the match ended. I really love to perform, but the main thing was getting the win for the team.

“We knew we couldn’t go without a win. We knew we had the skill and the potential to be in the top four.

“I’m truly satisfied that I did something to help my country. I’ll miss being with these girls. I have spent more time with this team than with my family.”

For Bangladesh, the loss to Sri Lanka was their fourth of the tournament, the Tigers finishing bottom of Group A.

They will be left rueing an underwhelming batting performance against New Zealand in Melbourne after looking on the brink of causing an upset when they bowled the White Ferns out for 91.

But despite falling just short of a win in Australia, skipper Salma Khatun is confident playing the world’s best Down Under will hold her side in good stead for future tournaments.

“We need to keep regularly playing the top-ranked teams in order to improve,” said Salma. “The more we play with them, the more we’ll improve. That’s the key for us.

“In one match we batted well, in another we bowled well but our fielding has been a constant concern.

“This experience will help us to move forward. The most important things we need to improve on are our power cricket and level of fitness.

“Our fitness is the main thing that will help us improve our skills and performance.

“Murshida Khatun will be a future star of women’s cricket. The more she plays, the more she will improve too.”