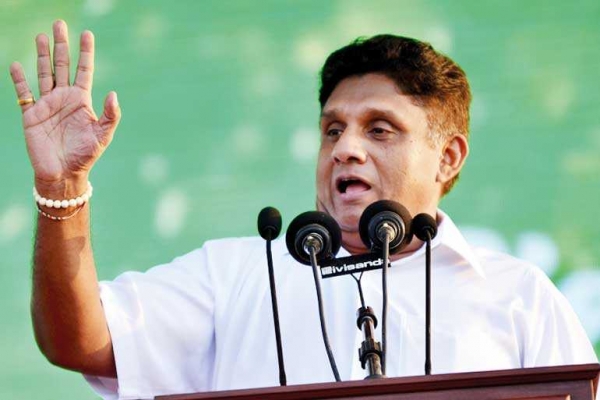 It is those in the present government who originally internationalised the human rights issues in Sri Lanka by signing a joint agreement with the then UN Chief Ban Ki Moon in May 2009 just after the war, Opposition Leader Sajith Premadasa said today.

He was responding to a statement made by the Leader of the House who officially notified Parliament of the government’s decision to withdraw from the UNHRC resolution 30/1 in the House.

“It was the present Prime Minister who headed the 2009 government, who signed an agreement with the then UNHRC Secretary General Ban Ki moon in May 2009 just after the war. The then Sri Lankan President Mahinda Rajapaksa and the UN Secretary General signed this agreement and then issued a joint statement accepting that there have been violation of human rights during the war and that both parties will look into the matter jointly,” Mr. Premadasa said.

He said the opposition will always work towards securing Sri Lanka’s sovereignty.