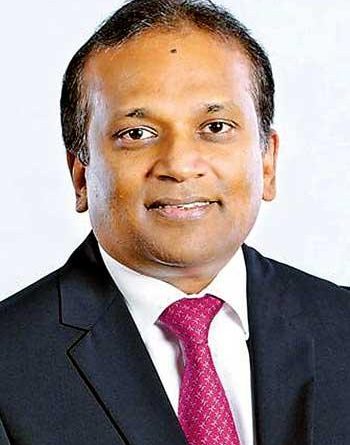 Softlogic Holdings PLC returned to profit in the quarter ended December 31, 2019 (3Q20), recording a double-digit growth in the top line, as the diversified conglomerate with a strong retail footprint benefitted from the recovering consumer sentiment, amid general optimism in the country’s economic prospects with the change in political leadership.

Softlogic Holdings recorded Rs.18 billion revenues for the three months to December 2019, a 13.4 percent growth over the same period in 2018.

The strong top line was possible due to the recovering consumer sentiments and increased tourist arrivals after the Easter attacks in April. The group’s expanding portfolio, specially in the areas of retail and healthcare sectors, propelled the growth.

“The Black Friday sale, which covered our branded apparel, consumer electronics, furniture, supermarket and restaurant businesses, reported a single-day sale in excess of Rs.550 million, which is more than double to that of 2018 Black Friday sale,” Softlogic Holdings Chairman/Managing Director Ashok Pathirage said.

But the group has seen some deceleration in the sales of its Odel flagship store after the coronavirus outbreak, as it is a popular destination for tourists, specially among the Chinese tourists with deep pockets.

The group’s quick service restaurant (QSR) business is continuing to sign up with new franchises while its Glomark supermarket chain has expanded to seven outlets.

“We will be opening our first Popeyes restaurant in June in Mount Lavinia and this would be a combined location for the QSR, Odel and Glomark, sharing a retail space of 40,000 sq. ft.,” a
company statement said.

Meanwhile, the group’s retail business, including telecommunications, generated revenues of Rs.11.5 billion, up from Rs.9.6 billion in the same period in 2018. The operating profit was nearly doubled to Rs.1.15 billion.

The total operating profit of the group rose by nearly 50 percent to Rs.2.9 billion from the same period in 2018.

The group’s leisure and property sector made revenues of Rs.665.8 million, down from 768.9 million but the operating losses widened to Rs.64.5 million,
from Rs.1.7 million.

“The hotel business, which was badly hurt after the Easter attacks, showed encouraging signs of recovery with much to be desired for a turnaround,” Pathirage added.

The group reported earnings of 4 cents a share on total profit of Rs.52.3 million for the October-December 2019 period, compared to a loss of Rs.346.6 million in the
year earlier period.

Meanwhile, for the nine months ended December 31, 2019, the group reported a loss of Rs.1.46 billion, compared to a profit of Rs.74.8 million in the corresponding period a year ago.

The net finance expenses for the period was Rs.5.1 billion, compared to Rs.3.8 billion but the company said it would restructure its debt with long-term borrowings and equity infusions.
“Softlogic’s heavy capital investments in the recent past, particularly in the retail sector, have been via short-term funding sources. We are seeking longer-term funding options and quasi-equity to relieve the finance cost burden to enhance earnings,” Pathirage said.

As of December 31, 2019, Pathirage held little over 40 percent in Softlogic, while Samena Ceylon Holdings Limited held a 20.75 percent stake. The Employees’ Provident Fund held a 0.61 percent stake, being the ninth largest shareholder.