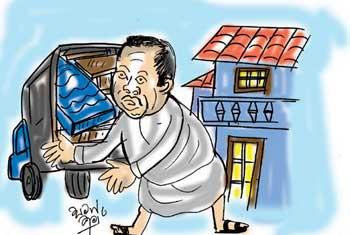 This politico had vacated his official residence when he had to go out of office. However, he had made it a point to take with him several furnishings and items of furniture when vacating the residence, they say.

He had also removed a number of expensive mattresses after introducing some cheap coir mattresses. The white-collar ones responsible for maintaining this official residence had discovered the shortages when checking the inventory of the furniture and the furnishings, and when they queried about the shortages from the politico, the latter had abused them in