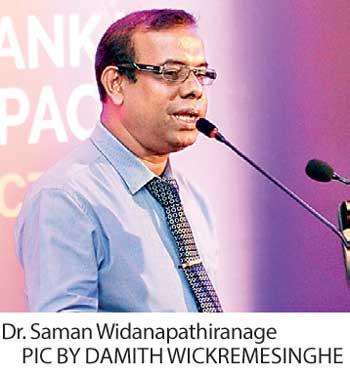 The economic growth of the Western Province could be accelerated by 10 percent per annum with the implementation of the advanced traffic management system proposed under the US$ 480 million Millennium Challenge Corporation (MCC) grant to Sri Lanka, according to a top Road Development Authority (RDA) official.
Under the proposed MCC Compact, US$160 million is allocated for ‘Advanced Traffic Management System Activity,’ which seeks to decrease travel time by reducing traffic delays and improving road safety in the most heavily congested arterial corridors in the Colombo metropolitan region.
RDA’s Highway Designs Deputy Director Dr. Saman Widanapathiranage said an advanced traffic management system could improve driving speeds in Colombo and other surrounding congested areas by at least 20 percent while reducing fuel consumption and environmental pollution.
As a result, he expects that the economic growth of Western Province would be accelerated by 10 percent per annum.
He shared these remarks at a public forum hosted by Advocata Institute on the proposed MCC Compact in Colombo last Thursday.
Dr. Widanapathiranage emphasised that the average driving speed within the Colombo Municipal Council area and other surrounding congested areas could slow down below 10 kmph by 2030 with the current rate of increase in vehicle population.
“The road network at least needs to grow threefold to cater to growing number of vehicles by 2030. In future, our traffic management system could become completely inactive in Colombo and other surrounding congested areas with the increasing vehicle population,” he said.
He noted that traffic signals in certain congested junctions have already become inactive during peak hours as the current system is unable to cater to such capacity.

Dr. Widanapathiranage pointed out that the project will also enable Sri Lanka to save significant amount of foreign exchange spent on fuel imports.
He projected that 1 litre of fuel would be saved on average for each vehicle owner  within the Colombo metropolitan region while noting that 3 million vehicles are estimated to be moving across the region daily.