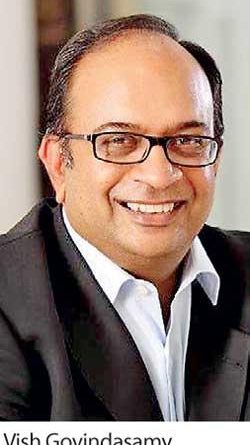 For the fifth consecutive year, Sri Lanka’s diversified conglomerate Sunshine Holdings PLC will support the country’s premier summit for key policymakers, business leaders, thought leaders and experts, the Economic Summit 2019. Hosted annually by Ceylon Chamber of Commerce (CCC), the foremost economic event of the country will be held on September 17– 18 at Cinnamon Grand Colombo.
Organized under the theme ‘Re-calibrating Sri Lanka’s Economic Trajectory Towards 2025 (RE-SET 2025)’, the two-day summit will bring together thought leaders in many spheres – including top economists, foreign and local private sector celebrities, professionals and leading public sector figures onto one platform, to deliberate on and explore solutions on key economic issues of the country.

The theme has been suitably chosen to reflect the need to re-calibrate the status-quo of the economy and the overall development journey of the country.
The summit will deliberate on key proposals and reforms that will need to be implemented in the period leading up to 2025, for Sri Lanka to realize its true economic potential.
As the Gold sponsor, Sunshine will play a key role by promoting deliberation and discussion on shaping a turnaround for the Sri Lankan economy whilst delving deep into key areas such as trade, investment and services that will help drive the cause.
Speaking of the importance of the Economic Summit, Group Managing Director Vish Govindasamy said, “Sunshine Holdings takes pride in supporting an event of the calibre of the Sri Lanka Economic Summit, a premier thought leadership forum in the country which generates much needed dialogue on issues which are critical to the evolution of the Sri Lankan economy.
“As a responsible entrepreneur, who has shaped Sri Lanka’s economic drive over the last five decades, we extend our fullest support to the Sri Lanka Economic Summit and we look forward to this year’s event with great anticipation.”
In addition to supporting the ‘Sri Lanka Economic Summit 2019’ through the sponsorship, Sunshine Holdings will also contribute towards intellectual discourse at the event with its Group Managing Director, Vish Govindasamy participating as the Vice Chairman of the CCC at the 1st session of the event—a high-level panel discussion on the implications of global financial market dynamics on Sri Lanka and its economy.