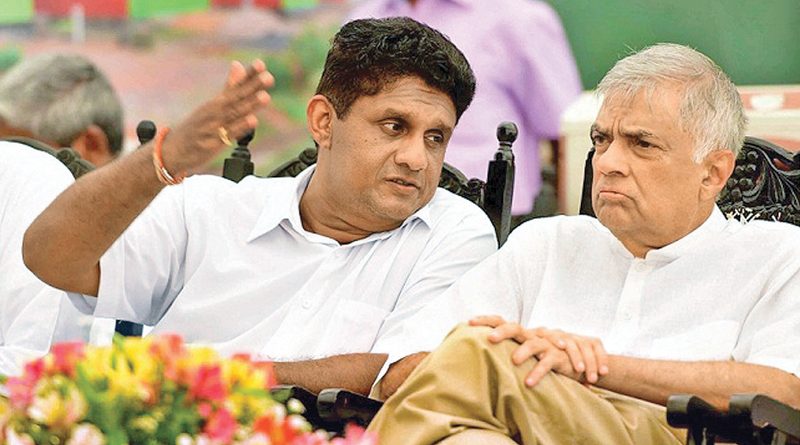 Prime Minister Ranil Wickremesinghe and UNP Deputy Leader Sajith Premadasa who met at Temple Trees last night had agreed to meet the constituent parties of the UNF and discuss the candidature of the UNP led alliance at the next presidential elections, informed sources said.

Sources said a meeting will be held in few days time between the UNP seniors and the constituent parties of the UNF though a date is not fixed.

Meanwhile, Mr. Premadasa told journalists after the meeting that the meeting with the party leader ended on a positive note and results of it will be known in a few days time. Ministers Ranjith Madduma Bandara, Malik Samarawickrama and Kabir Hashim accompanied Mr. Premadasa and Dr Rajitha Senaratne. Mr. Dinesh Weerakkodi had accompanied Mr. Wickremesinghe at the talks. Minister Madduma Bandara told the Daily Mirror that talks were positive. Asked whether it was agreed to nominate Mr. Premadasa as the presidential candidate, he, however, said there were steps to be discussed further. He said the party would field the most formidable candidate with the blessings of the likeminded parties. Attempts to get the version of the faction which is loyal to the Prime Minister were unsuccessful.