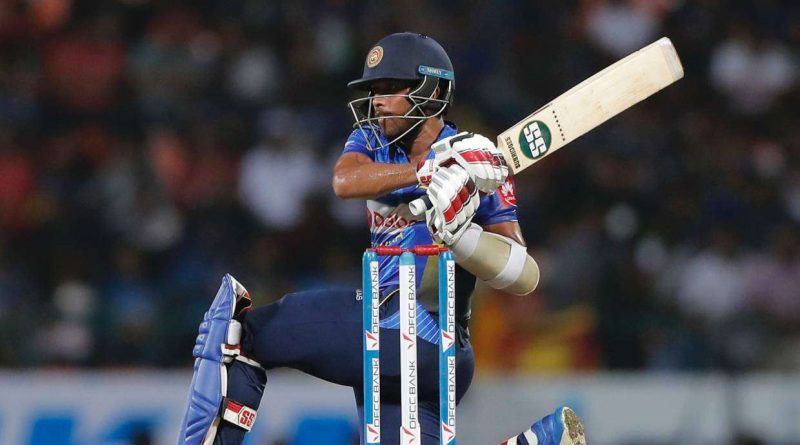 The hitting power of Ross Taylor and Colin de Grandhomme steered New Zealand to a five-wicket victory over Sri Lanka in the Twenty20 international cricket series opener in Kandy on Monday (NZT).

Set 175 to win by their hosts, the Black Caps chased it down with three balls to spare before a packed house under lights at Pallekele International Stadium, maintaining stand-in captain Tim Southee’s unbeaten record in charge.

After a brief rain delay, cool heads from Knights team-mates Daryl Mitchell and Mitchell Santner guided the chase home with an unbroken 31-run stand as the touring side take a 1-0 lead into game two at the same venue on Wednesday (1.30am NZT).

Victory was set up by go-to batsmen Taylor and de Grandhomme who seized control with a brutal fourth-wicket partnership of 79 in 6.1 overs.

Taylor (48 off 29) and de Grandhomme (44 off 28) each hit a brace of sixes and knocked the target down to a very gettable one after the Black Caps teetered at 39-3 at the hands of Sri Lankan skipper Lasith Malinga.

“We knew 175 was going to be a tough target and we got off to a slow start but Colin de Grandhomme took the pressure off me and we were able to get boundaries at crucial times. The run rate was always in check and the cameos from Mitchell and Santner at the end complemented a good game,” said man of the match Taylor.

Malinga with his deceptive slingy swing took 2-23 and overtook Pakistan’s Shahid Afridi’s tally of 98 to become the leading wicket-taker in T20 internationals in a potentially game-changing spell.

He skittled Colin Munro first ball with a swinging yorker before Martin Guptill (11) was caught in the deep and Tim Seifert (15) nicked one from debutant legspinner Wanindu Hasaranga.

Almost as quickly, it became New Zealand’s game as Taylor unleashed at the scene of his memorable 131 not out against Pakistan in the 2011 World Cup. He wound up the slog sweep and sent spinner Akila Dananjaya soaring into the stands off consecutive balls, as the power duo took charge.

The slippery ball from a wet outfield certainly helped the Black Caps’ batsmen’s cause too. Taylor got a big let-off on 31 when he was dropped in the deep by Dusan Shanaka and the hosts’ hopes were fading fast.

De Grandhomme missed a full toss from Malinga for the record wicket and Taylor was trapped in front by Hasaranga after appearing to suffer cramp, leaving 31 required off 19 balls when they resumed after rain.

Mitchell in his fourth T20 international kept calm under pressure with 25 not out off 20 balls, and a big six from Santner helped them breathe easy, as did a wild four wides from Malinga when the ball slipped in the 19th over.

New Zealand were without fast bowler Lockie Ferguson who was ruled out with a tour-ending fractured right thumb suffered at training on match eve.

Sri Lanka’s 174-4 looked almost par on a pitch that some batsmen found tricky to get their timing.

Opener Kusal Mendis (79 off 53 balls) set the tone for Sri Lanka but New Zealand hauled it back with excellent spells from Southee and Santner.

Southee (2-20) varied his pace cleverly and removed Mendis to a brilliant boundary catch by Guptill, while Santner (1-22) applied the brakes in the middle stages with his left-arm spin.

It wasn’t such a memorable night for Seth Rance (0-58) who was given the final over by Southee and conceded 23 as Sri Lanka boosted their total to a competitive one.

The swing bowler was clouted for six by Shanaka, before wicketkeeper Seifert produced a direct hit run out next ball. New man Isuru Udana swatted Rance for sixes off his first two deliveries as he tried to hit the blockhole, and the Black Caps had a stern task to chase down their target.

A Fernando st Seifert b Santner 10

D Shanaka not out 17

D Mitchell not out 25

M Santner not out 14