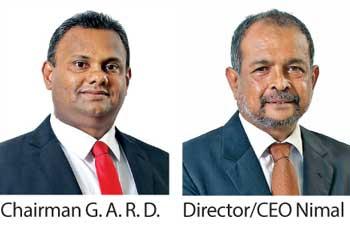 Pan Asia Banking Corporation PLC saw its June quarter (2Q19) earnings impacted by weak core banking operations amid contraction in the bank’s loan book, the interim accounts of the bank released to the Colombo Stock Exchange showed.
The bank saw its net interest income falling 5 percent year-on-year (YoY) to Rs.1.4 billion during the period under review as interest expenses rose at a faster pace of 8 percent compared to 4 percent at which interest income grew.
The bank, with an asset base of Rs.150.3 billion, down from Rs.154 billion at the end of 2018, saw its loan book contracting by 4 percent or by Rs.4 billion.
The collective impairments of the bank against possible bad loans rose 53 percent YoY to Rs.315.1 million.
The gross non-performing loans ratio of the bank surged to 6.48 percent from 5.44 percent at the end of 2018, signaling deterioration in the asset quality.
The deposit base of the bank fell by 1 percent to Rs.117.8 billion.

The bank’s net fee and commission income also declined by 1 percent YoY to Rs.368.8 million.
The total operating income for the period edged up by 1 percent YoY to Rs.2.06 billion, due to trading gains, which rose 121 percent YoY to Rs.222.2 million.
The bank reduced its personnel expenses by 9 percent YoY to Rs.477.2 million.
The earnings for the quarter under review was Rs.1.09 per share or Rs.481.5 million against earnings of Rs.1.15 per share or Rs.506.7 million reported for the corresponding quarter of the previous year. This indicates a 5 percent YoY decline in earnings.
For the six months ended June 30, 2019, the bank saw its earnings declining by 8 percent YoY to Rs.753.7 million on a net interest income of Rs.2.96 billion, up 5 percent YoY.
Pan Asia Bank said it expects the margins to improve and the loan growth to pick up during the second half, and more specifically from the final quarter of the year once the recent monetary policy adjustments transmitted fully in to the real economy.
The bank’s net interest margin (NIM) fell to 3.94 percent as at June 30, 2019 from 4.37 percent at the end of 2018, which still remains among the highest in the banking industry.
The bank Tier 1 capital ratio stood at 12.67 percent as at June 30, 2019 (minimum requirement 8.5 percent) and the total capital ratio at 14.28 percent (minimum requirement 12.5 percent).
Billionaire investor Dhammika Perera holds 29.99 percent stake in Pan Asia Bank.