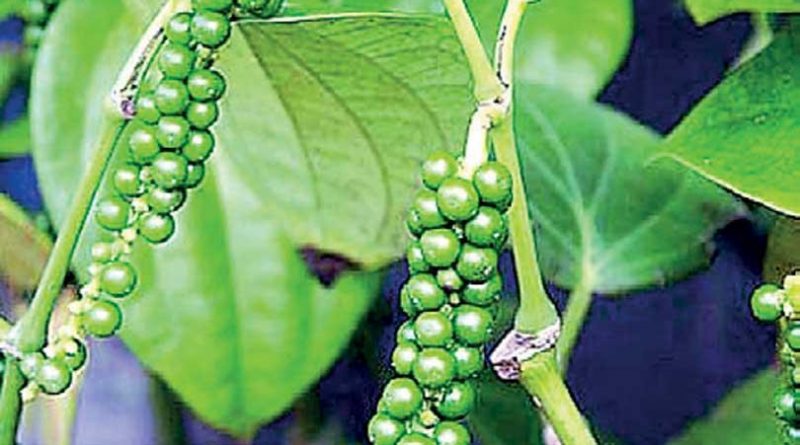 Business Line: Indian domestic pepper growers have taken strong exception to the reported move by the Sri Lankan government to hold talks with India for relaxing the minimum import price (MIP) fixed for black pepper, which has led to the decline in exports from the island nation.
Currently, Sri Lankan pepper is allowed to be exported to India at zero duty for up to 2,500 tonnes under the Indo-Sri Lankan Free Trade Agreement. Any exports above this limit are subjected to 8 percent duty under the South Asia Free Trade Agreement as against the usual customs duty of 70 percent on pepper imports into India.India had imposed an MIP of Rs.500 per kg on black pepper to control the rising imports that had pushed down the prices to around Rs.350 per kg from nearly Rs.500 per kg.

.Kishore Shamji, Kerala co-ordinator of Indian Pepper and Spice Traders, Growers, Planters Consortium, pointed out that there is no need for any further relaxation in pepper imports as there are lot of concessions, which need to have a relook.
No further concession should be made till domestic prices reach Rs.500 per kg and any further concessions would be detrimental for pepper farmers in India, Shamji said.
The Centre had levied MIP following complaints from growers that Vietnamese pepper was coming to India via Sri Lanka with certificate of origin issued by the latter.
“Sri Lanka should have ensured that no certificate of origin was issued for Vietnam pepper routed to the country which caused great damage to Indian pepper farmers,” he added.
According to K.K. Vishwanath, national coordinator of the consortium, the government’s intervention has resulted in the decline in illegal shipments of pepper from Sri Lanka in the recent period. Given the situation, the government should no way consider any further relaxation for the benefit of domestic growers, who have been suffering from the vagaries of nature that has badly affected domestic production.It may be recalled that the Centre’s initiative to curb imports below MIP has brought down black pepper imports, witnessing a 16 percent drop in 2018-19.
Commerce Minister Piyush Goyal informed Lok Sabha that the estimated imports of pepper in 2018-19 was 24,950 tonnes against 29,650 tonnes in 2017-18.