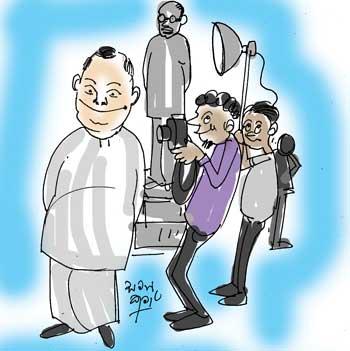 An aspirant to Number One office is said to be visiting places on a photoshoot for a promotional video these days.

He would pose for these shoots at preset discussions with prominent Buddhist Prelates and also at important places like the august assembly and the statues of national leaders. No outsider is allowed to enter the scene when this high office- hopeful is facing the video camera.  At these shoots, he would go into various positions and pose as if in a film, as directed by the cameraman who is said to be a professional.