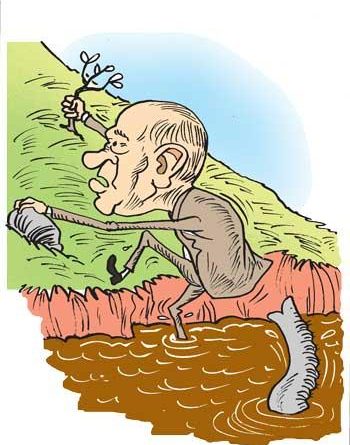 The ongoing battle among some hopefuls in the Green party to secure nomination to contest the upcoming big poll has caused much disgust among some disinterested members, they say.
For instance, a fairly young politico hailing from the South has become so disillusioned due to the raging battle, he is even contemplating quitting politics.
The highly disappointed politico known to be quite close to the Green leadership, is currently holding a key portfolio.
While engaged in intimate conversation with some prominent figures from both sides of the great divide this politico has confided in
them his intention to say adieu to politics.
Meanwhile, some opposition stalwarts have indicated to him that he is quite welcome to their midst in case he quits the Green party.
However, he appears determined to take to business if he decides to quit politics, they say.