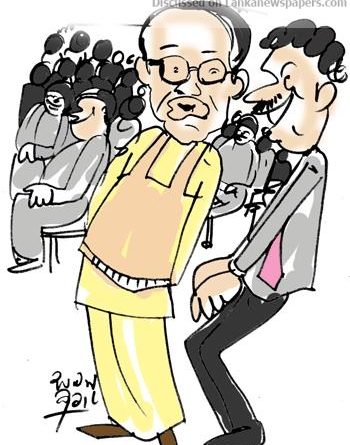 The main ceremony of a much-publicized weeklong campaign was held at a prominent indoor stadium in the city the other day.
A hefty Rs. 15 million of taxpayers’ money had been spent on this ceremony, where the participants had been provided with both breakfast and the lunch.
Although only some 5,000 persons had participated in the ceremony a total of 7,000 food parcels had been purchased for each meal.
Although the high expenditure incurred in connection had caused many a frown and raised many an eyebrow, the political bigwig credited with initiating the weeklong campaign had been so much impressed with the grandeur of the ceremony, he had invited the Secretarial one who had organized it to attend as a distinguished guest of a public rally due to be held in his home turf, they say.