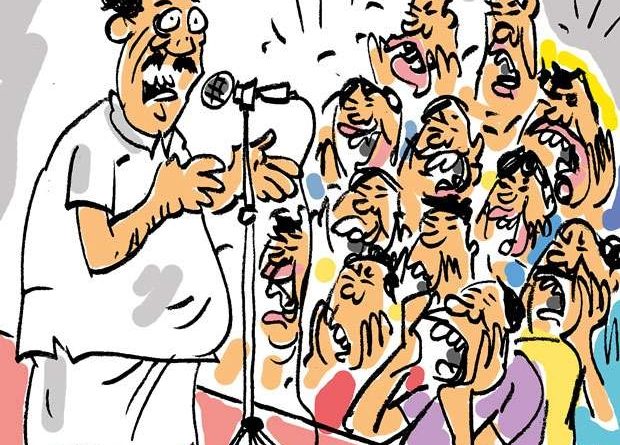 This local politico, a buddy of a high political authority, had to face a barrage of boos and catcalls from the audience of a welfare society meeting when during his address he started praising his political boss.
The gathering had turned hostile the moment he started referring to the political authority in glowing terms.
The high political authority whom the local politico praised had incurred their wrath for taking a series of unpopular actions in the recent past.
The politico had left the meeting immediately finding he was no longer welcome there.
This worthy had earlier functioned as the head of a skills development institute and sent on compulsory leave following some serious allegations made against him, they say.