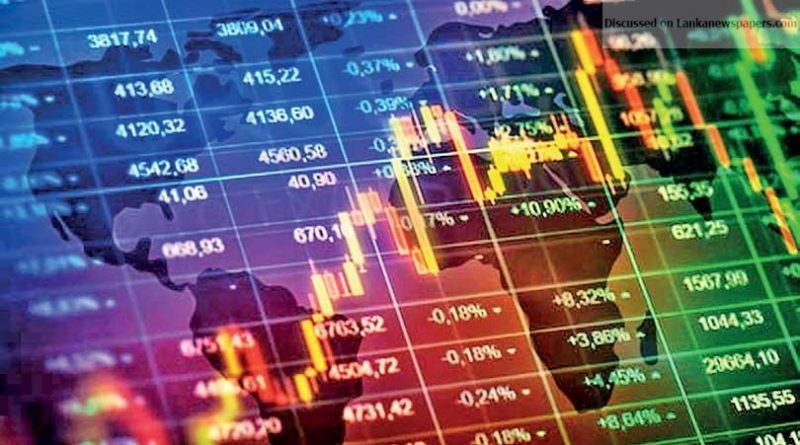 Most Asian markets fell yesterday on geopolitical concerns, uncertainty over the China-US trade row and the outlook for the global economy, while oil prices were mixed after the previous day’s surge fuelled by attacks on two tankers in the crucial Gulf of Oman.
Hong Kong was again on the back foot, losing 0.7 percent, after the city was rocked this week by violent protests against government plans for a law that would allow extraditions to China and which observers warn could erode its attraction for businesses.
Trading floors have been the scene of unease for weeks since President Donald Trump’s shock decision to hit China with higher tariffs despite expectations the two sides were close to a deal to end their long-running stand-off.
Shanghai tumbled one percent, Singapore shed 0.2 percent and Seoul lost 0.4 percent while Taipei was off 0.3 percent. Mumbai, Bangkok, Manila and Jakarta also fell, though Tokyo ended 0.4 percent higher and Sydney gained 0.2 percent.
In early European trade London shed 0.4 percent, Paris lost 0.2 percent and Frankfurt slipped 0.5 percent.
The uneasiness over the past week has seen the price of gold hit a 15-month high of around $1,360 per ounce as traders look for safer assets to shelter from the uncertainty on world markets.
Eyes are now on the G20 summit in Japan later this month where Trump and his Chinese counterpart are expected to meet to discuss the issue, though Washington has been playing down the chances of a deal being struck.
However, support has come from bets that the Federal Reserve will cut interest rates soon as the economy stutters and the trade war rumbles along.
“What’s important to remember right now is that there aren’t a whole lot of upside catalysts,” Randy Frederick, vice president for trading and derivatives at Charles Schwab & Co, told Bloomberg TV.
“Markets are waiting now for what the Fed is going to say at the meeting, and that’s coming next week.”
Adding to the downbeat mood are concerns about tensions in the Middle East after US Secretary of State Mike Pompeo accused Iran of responsibility for the Gulf tankers attack.
Tehran denies the accusation and labelled the attacks in the world’s most important crude shipping lane as “suspicious”.
The news sent the price of crude surging more than four percent at one point Thursday, having been deep in the red owing to supply and demand worries.
Analysts said that while the issue was a cause for concern, crude would remain under pressure owing to the trade war, elevated US production and stockpiles and questions over Russia’s commitment to an output cap deal with OPEC.
Yesterday Brent was slightly up while WTI dipped a tad.
“A military escalation (between the US and Iran) is unlikely,” said Stephen Innes, managing partner at Vanguard Markets.
“And given the market’s tendency to quickly sidestep lone wolf or small group terrorist attacks oil prices have come off the boil as traders pivot back to the task at hand, which is accurately positioning around… massive US inventory builds amidst the deteriorating global economic backdrop.”
Regional energy firms rose on the oil price jump with Sydney-listed Woodside Petroleum adding nearly two percent and Rio Tinto more than three percent higher, while Inpex gained 1.3 percent in Tokyo.
PetroChina, CNOOC and Sinopec gained in Hong Kong but the rises were limited, hit by caution after this week’s demonstrations in Hong Kong.
The Hang Seng Index posted a third straight loss with analysts pointing to a tightening of liquidity in the city’s financial system that has seen the amount banks charge each other for borrowing cash hit a more than 10-year high. This has pushed the local dollar to highs not seen since the end of last year.
Experts said this has been caused by a number of factors including seasonal withdrawals such as for dividend payments and dealers preparing for new listings particularly of tech giant Alibaba.
But they also suggested concerns about the protests and the possible implementation of the extradition law could also be playing a role, leading investors to take cash out of the city.
“Make no mistake, this is a massive deal for Hong Kong as if the bill is passed it will most certainly erode the rule of law and autonomy which has been the pillar of Hong Kong’s financial prosperity,” Innes warned.
HONG KONG (AFP)