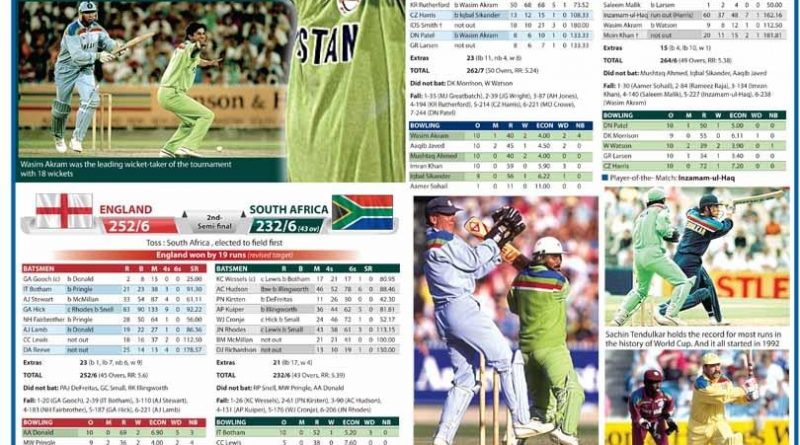 The 1992 Cricket World Cup is the perfect example of the old adage that “it’s not how you start, but how you finish”. Pakistan, the eventual winners, won just one of their first five group games – one of which was a no result due to rain. And it was the one point that they gained from that no result match against England – which they would have surely lost after being bowled out by the English for 74 – that proved the difference as they edged out hosts Australia to fourth place, and a spot in the semi-finals.