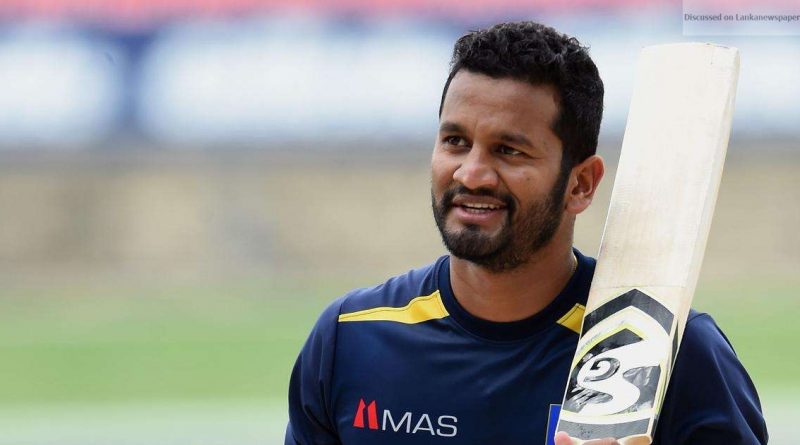 Sri Lanka cannot afford another sloppy batting display if they are to beat a resurgent Pakistan and record a first World Cup win over their subcontinent rivals on Friday, captain Dimuth Karunaratne said.
In a topsy-turvy affair on Tuesday, Sri Lanka claimed a narrow win over outsiders Afghanistan in Cardiff after the 1996 World Cup winners were bowled out for a modest 201.
It was the second consecutive match in which Sri Lanka’s batting failed to deliver, having been bundled out for 136 in a 10-wicket defeat against New Zealand on Saturday.
“I think if you are playing any big team, you have to do the basic things, you have to put some runs on the board and give a chance for the bowlers to take wickets,” Karunaratne told a news conference on Thursday.
“I saw a good team spirit there (against Afghanistan) and the fielding and bowling unit did a good job. Now … the batting line-up have to put their hands up and do the job.
“If we can put a good total on this wicket, a good flat wicket … then our bowlers can defend it, I’m pretty sure of that.”
Karunaratne believes that Kusal Perera’s aggressive intent at the top of the order could again prove the difference after the left-hander scored 78 against Afghanistan when pushed to open the innings ahead of Lahiru Thirimanne.
“I know Kusal, what he can do, because I’ve played with him a lot of times,” the Sri Lankan skipper said.
“I want to give him a chance to go for it and give him the licence, a free hand, and then if someone gets out Thirimanne can go there and play the anchor role. I think this is the best batting line-up we can produce.”
Pakistan, who have won all seven of their World Cup encounters against Sri Lanka, arrive at Bristol with a confidence-boosting victory over tournament favourites England.
“We may not have won against Pakistan in the World Cup, but it doesn’t bother us,” Karunaratne said.
“It’s just another one-day international for us, so if we perform well on that day we can win.”
Conditions
The forecast for Bristol is mostly cloudy, with intermittent showers expected throughout Friday. Including West Indies’ 421 in the warm-up game, the ground has witnessed three 350+ scores inside the last one month.
Squads
Pakistan: Sarfaraz Ahmed (c, wk), Asif Ali, Hasan Ali, Shaheen Afridi, Mohammad Amir, Babar Azam, Mohammad Hafeez, Mohammad Hasnain, Imam-ul-Haq, Shadab Khan, Shoaib Malik, Wahab Riaz, Haris Sohail, Imad Wasim, Fakhar Zaman
Sri Lanka: Dimuth Karunaratne (c), Avishka Fernando, Suranga Lakmal, Lasith Malinga, Angelo Mathews, Jeevan Mendis, Kusal Mendis (wk), Kusal Perera (wk), Thisara Perera, Nuwan Pradeep, Dhananjaya de Silva, Milinda Siriwardana, Lahiru Thirimanne, Isuru Udana, Jeffrey Vandersay