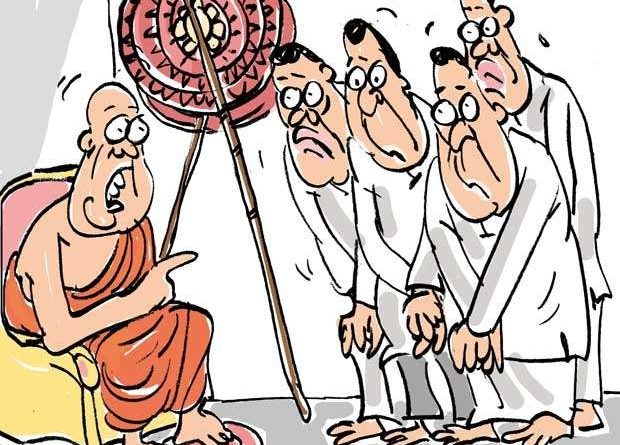 A group of prominent politicos that called on a high religious dignitary the other day to unburden their political woes, had to look sheepish when the latter gave them an earful, they say.
Cutting short their tales of woe, the religious dignitary had charged that they all were motivated by the hunger for power. “Politics has become a means of making big money for some people today! Once they have tasted power and money, they are determined to hang on to power somehow!”
One of the groups had ventured to offer an explanation: “Ape hamuduruwane, we are not responsible for the current crisis…”
However, the religious dignitary had waved off his interruption and continued to harangue them: “Don’t talk back! You all have ruined this country…”
The group who stood blinking, while the religious dignitary continued his blistering attack, had quietly left the place later, they say.