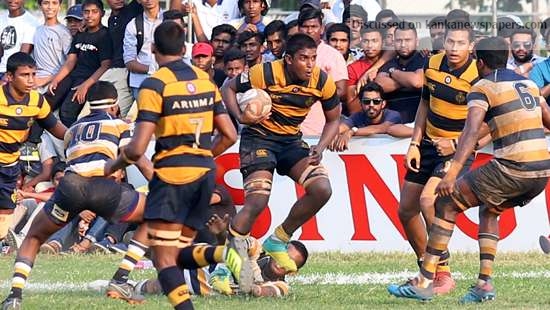 The possible resumption of the Inter-Schools Under-19 League Rugby Tournament second-round matches have been put under a serious doubt with the Sri Lanka Schools Rugby Football Association (SLSRFA) still not properly receiving permission from the Ministry of Defence.
“Well, we had a few discussions with them but, so far we have not got anything in writing from the Ministry of Defence which is one of the major issues,” SLSRFA President Ranjith Chandrasekara told Daily Mirror yesterday (20).
Meanwhile, the rugby playing schools have also stated that they are not prepared to get their teams involved in the competition.
“We have also been told by schools that they are not in a position to send their teams if the tournament does get underway in September. So, we are going to discuss this matter further with the schools as instructed by the Minister of Sports, Harin Fernando,” Chandrasekara claimed.
It has been suggested that the tournament could resume in September, but nothing has been confirmed yet.
Meanwhile, the Bradby Shield rugby encounter between traditional rivals Royal College and Trinity College is scheduled to be played with the first-leg on June 1 at the Royal Sports Complex and the second-leg on June 15 at the Pallekele Stadium in Kandy.
The officials of the SLSRFA are set to hold a meeting today or tomorrow to decide the new dates for the tournament.